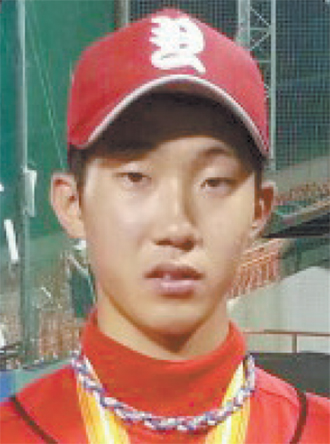 Yatap High School senior shortstop Park Hyo-jun has signed a $1.16 million deal with the New York Yankees, his father, Park Dong-hoon, said yesterday. The 18-year-old, one of Korea’s top shortstop prospects, will hold a signing ceremony with the club in Seoul this weekend.

Park will be the second Korean to wear the pinstripes after Korea’s Major League Baseball pioneer Park Chan-ho joined the club in 2010.

The Yankees will provide Park with an English interpreter and he is projected to start his career on the Yankees’ single-A team.

It was no secret that the Yanks were interested in the 184-centimeter, 76-kilogram (6-foot, 167-pound) shortstop.

The Yankees sent a scout to Los Angeles in January when Park was there for winter training with his high school team.

“I think it is the beginning,” Park said. “I knew that [the Yankees] had been interested in me since I was in my junior year. I was a bit surprised, but also happy, but I tried to enjoy the moments from [my senior] year.

“I also knew that the Texas Rangers and the San Diego Padres were watching me, but I tried to focus on my baseball.

“I chose the Yankees because I felt that they really need me. I’m a bit scared of the future, but I think it is a ‘good and exciting’ type of scared. I’m not good at speaking in English, but I have already started to learn it.”

“The Yankees told us that they want to foster my son as the next Derek Jeter,” the father said.