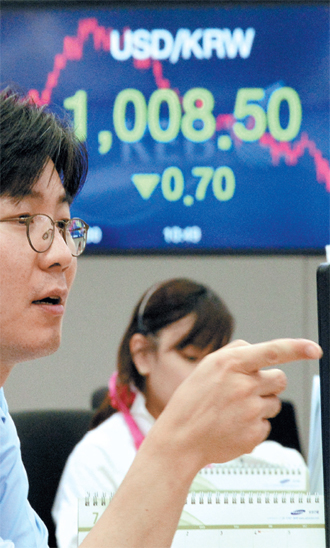 The Korean won has edged closer to 1,000 won against the U.S. greenback as shown on a display board at Korea Exchange Bank in downtown Seoul yesterday. The won appreciated by 0.7 won from the previous day to close at 1,008.5. It is the strongest the won has been since it closed at 1,006 won to the dollar on July 28, 2008. As of yesterday, the Korean currency has appreciated for six consecutive days. [NEWS1]