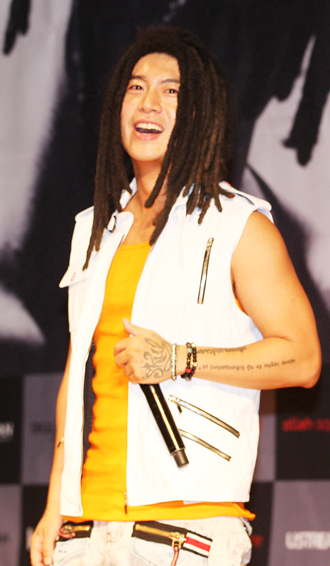 Korea’s representative reggae singer Skull is releasing his first-ever solo album on July 18, according to an exclusive report yesterday by local news outlet Ilgan Sports, an affiliate of the Korea JoongAng Daily.

“In 2003, Skull debuted in the reggae duo Stony Skunk with the album ‘1st Best Seller,’ and now he is returning to the local music scene with his first solo album,” an associate of the 35-year-old singer said. “In the new album, he tried to put all the soul he had into reggae music. I think listeners can expect to hear some real reggae from him.”

Skull, whose real name is Jo Sung-jin, had reportedly been working on the upcoming album for the past several years. When Stony Skunk disbanded in 2010, he worked as an underground solo artist until 2013, when he collaborated with Haha to release a two-person album and hold the Reggaerilla Concert.