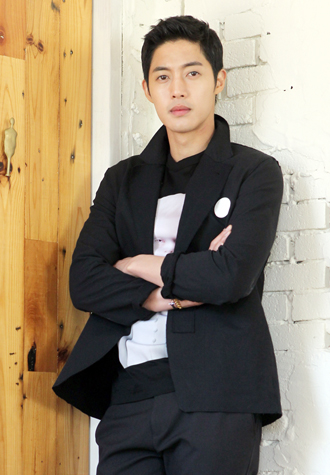 Singer and actor Kim Hyun-joong, well-known for his role in the KBS drama “Flowers Over Boys,” completed his solo concert in Taiwan, his agency Key East said yesterday.

The singer revisited the country after two years and hosted a concert, meeting with 5,000 fans on Saturday at the New Taipei Exhibition Hall. “I’m so grateful that so many people so cordially welcomed me two years after my last visit,” he said during the concert. “To compensate your long wait, I’ll do my best to give you something exciting and memorable. So please enjoy.”

He took about three hours to perform 20 songs, including his hits “Unbreakable,” “Break Down,” and “Your Story.” He also presented rearranged versions of some of his songs, including “Lucky Guy” and “I’m Yours,” and gave fans a sneak peek of his upcoming mini-album, to be released Friday in Korea. The album, entitled “Timing,” will be his fourth mini-album.

He will continue his world tour until September. The 2014 Kim Hyun-joong World Tour Dream will see performances in 11 cities in seven countries including Thailand, China, Japan, Mexico and Peru.