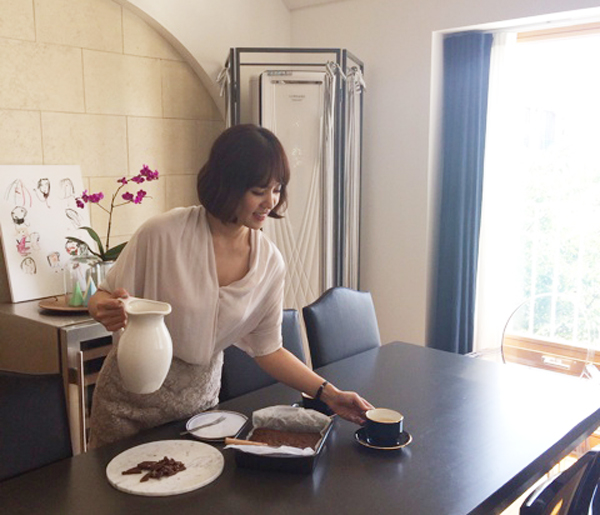 Broadcaster Park Ji-yoon, of the JTBC entertainment show “Sseoljeon,” opened her house to the media for the first time. The former news presenter, who married fellow announcer Choi Dong-seok, released photos of her home on her blog. The photographs were taken during a photo shot for a local magazine.

“I’ve never opened my house to the media because there was nothing to show,” she said on her blog. “But after I moved two months ago, and for the first time ordered custom-made curtains at the markets in Dongdaemun, I have decided to feature my home in a local magazine at its suggestion.”

The entertainer, who went back to work just 27 days after she gave birth to her second child, also showed some photo frames put together in her home.

She opened her blog last month saying that blogging has been one of her dream projects for the past decade.