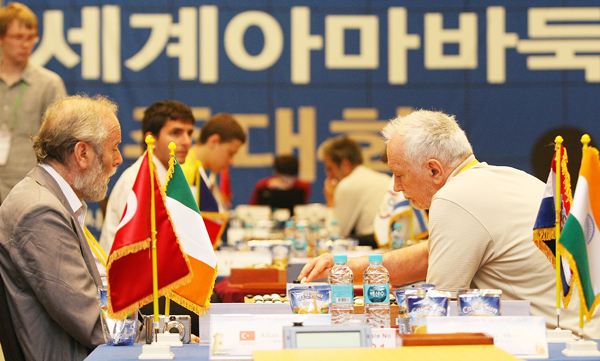 Amateur Go players from 55 countries compete in the 35th World Amateur Go Championship held in Hotel Hyundai in Gyeongju, North Gyeongsang, which kicked off yesterday and runs until Wednesday. By Gong Jeong-sik 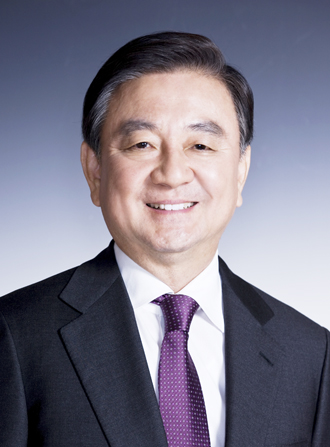 Hong Seok-hyun, the chairman of the JoongAng Ilbo and JTBC, was elected to head the International Go Federation (IGF), a central international body of national Go federations worldwide.

The announcement came with the start of the 35th World Amateur Go Championship, held at the hotel, which kicked off yesterday and runs until Wednesday.

Baduk, also known as Go, is a two-player strategy-based board game in which each person takes turns placing black and white stones on different points on a grid. The goal is for one player to overtake the other by commanding a larger area on the board. The player who occupies more of the “house” is deemed the winner.

Hong is the first Korean IGF president since its founding in 1981. The IGF has 74 member nations as well as four association members: the World Pair Go Association, the Federacion Iberoamericana de Go, the European Go Federation and the Ing Changki Wei-Chi Education Foundation.

Hong pledged to promote the board game to a wider audience.

“Now is an important transition period for Go,” Hong said, “but I am committed to taking the heavy responsibility [of leading the International Go Federation]. I will do my best to increase the presence of Go worldwide.”

The new chairman is expected to handle an array of tasks, particularly in light of the new professional system that was established for American Go players last year and for European players this year. His responsibilities will also include adjusting gaming rules among China, Korea and Japan.

In addition, the three countries will consider adopting Go as an elective in schools. Presently, two Korean universities have a Go major, while China is set to introduce Go classes for its elementary school students.