The man deserves a medal

The man deserves a medal 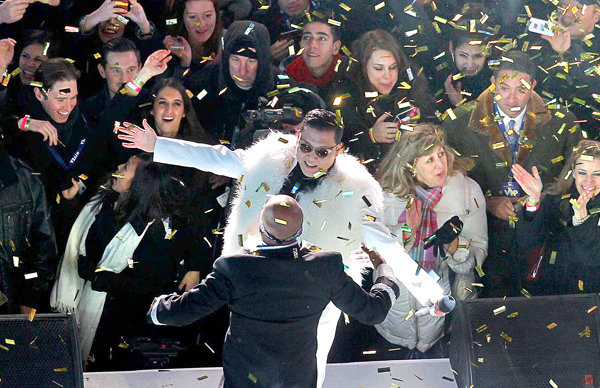 I recently visited the United States Pacific Command in Hawaii. Many say tourism accounts for half of Hawaii’s economy, while the rest is military spending by the government. The island chain is a sensitive and critical military zone. Including the commander of the Pacific Command, all Army, Navy and Air Force commanders are four-star officers. Ranging from the Pacific Coast of the United States to the Indian Ocean, the command patrols over 52 percent of the world’s area.

A deputy commander of the Pacific Command and a vice marshal of Hickam Air Force Base both stressed three things. Rebalancing of the U.S. forces is ongoing due to the withdrawal from Iraq and Afghanistan, they said. They also expressed hope for a better relationship between Korea and Japan for the defense of Asia, since the U.S. military budget has been reduced due to economic concerns and budget sequestration. Despite that, the Korea-U.S. alliance is stronger than ever, they maintained.

Why are they saying the alliance is at its strongest ever? U.S. generals did not give a clear answer despite my repeated questions. Perhaps there was a top military secret hidden behind their assessment.

My question, however, was answered at an unexpected place.

Denny Roy, a senior fellow of the East-West Center of the University of Hawaii, provided a clue. He said a recent Gallup survey showed that Americans’ support for the Korea-U.S. alliance has risen to 64 percent. According to the survey, 55 percent responded that the U.S. military must intervene as soon as a North Korean attack takes place, he said. In other words, Americans feel pretty good about Korea.

American consumers are familiar with Samsung’s Galaxy smartphones and Hyundai’s cars, Roy said. Korean TV dramas are growing in popularity and more Americans are experiencing Korean cuisine and culture, he said. Above all, he noted, the most crucial reason is Psy’s “Gangnam Style.”

The song had more than 2 billion views on YouTube, and an energetic horse dance with scenes of Korea in the background appears in the music video. Korea is shown as a fun, great country you want to be friends with. Such is the influence of soft power.

U.S. businesses won’t miss this cue. Last month, game developer Treyarch presented its newest edition of “Call of Duty,” which takes place in Gangnam, circa 2054. In the video game, vivid details are shown, such as Korean-language signboards along Gangnam’s main street, Korean national flags hung on street lamps and a metro bus to Incheon International Airport.

“Call of Duty” is one of the most popular first-person shooting games with tens of millions of every edition sold. Last year, sale exceeded $1 billion on the first day of its release.

It takes two to tango. In the background of the strengthened Korea-U.S. alliance, North Korea’s Kim Jong-un played a significant role. He is not just hated for developing nuclear weapons and ballistic missiles. Roy identified Kim’s friend, former basketball star Dennis Rodman who has visited the North four times, as one of the reasons.

Many in the United States have an uncomfortable feeling toward Rodman due to his bizarre behavior, alcoholic addiction and financial bankruptcy. U.S. Sen. John McCain, a Republican, criticized him as “a dangerous idiot, because he gives good propaganda to ... arguably, the most brutal, crazy man on earth.” The chair of the House Foreign Relations Committee also criticized Rodman for foolishly praising Kim.

On top of that, North Korea’s image deteriorated even more. It was often depicted as a villain in Hollywood movies. A new film, “The Interview,” features the assassination of Kim. Americans identified North Korea as their most hated country in a Gallup survey earlier this year, the first time the North was ranked ahead of Iran.

Psy recently received the Okgwan Order of Cultural Merit, the fourth-highest honor on a scale of five. “This is more than I deserve,” Psy said. “I cannot believe his honor.”

What he actually deserves is the Taegeuk Cordon of the Order of Military Merit. Sun Tzu’s “Art of War” says the supreme art of war is to subdue the enemy without fighting.

Psy is a reservist who unfortunately served his military duty twice. And yet, he managed to accomplish a great achievement that no defense minister or chief of staff in history has done.

The biggest contributor to Korea’s impenetrable defense is Psy. Is military bravery in battle really a requirement for someone to receive the Taegeuk Cordon of the Order of Military Merit? We are living in a new world. The time to win a war without fighting has come because of soft power.