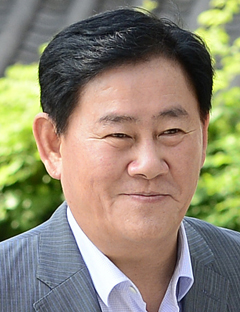 The country’s new economic czar will appear before a confirmation hearing at the National Assembly, and companies and markets are interested in whether he hints at measures that will be taken to improve sagging domestic demand.

Choi Kyung-hwan, the nominee for finance minister, is expected to reveal a package of deregulatory measures to energize the economy, according to the National Assembly’s strategy and finance committee, which will conduct the hearing today. Choi will also hold the title of deputy prime minister for the economy.

“There should be smart regulation to bolster economic vitality,” Choi said in written answers to a questionnaire submitted to the committee yesterday.

By “smart regulation,” analysts said, Choi is implying he will get rid of unnecessary regulations in order to boost investments and job creation, a promise of the Park Geun-hye administration.

In his written answers, Choi said there is a need to review the loan-to-value (LTV) and debt-to-income (DTI) regulations that have curtailed property purchases because it has been more than 10 years since those rules were implemented.

Choi, who was nominated last month, has made headlines several times with his comments about LTV and DTI rules. The rules are considered a major damper on the property market.

Choi also expressed a determination to deal with high levels of household debt while also helping to spark the moribund real estate market.

As for tax rates and the possibility of a stimulatory supplementary budget, Choi took a careful position.

Meanwhile, there are possibilities that the Ministry of Strategy and Finance will lower its 3.9 percent growth forecast for this year.

According to financial sources, the ministry is already working on downgrading the estimate and preparing for an economic stimulus.

“The first economic team laid the groundwork for a number of government tasks for the economy, but the economic recovery has not trickled down to the people,” Choi said. “My core task will be to combat people’s economic difficulties and revive the domestic market.”

Choi even implied an easing of regulations that limited development and investment in the Seoul metropolitan areas.

“There needs to be a social consensus on the issue of balanced regional growth,” he said. “Deregulatory measures for Seoul’s metropolitan areas need to be carefully considered, which would still support other areas and prevent excessive concentration on Seoul and nearby areas.”

However, Choi’s deregulatory measures - even the possibility of a supplementary budget - might trigger conflict with the opposition at the hearing.

“Encouraging speculation by releasing money is an outdated measure that was used in the past military governments,” said Park Young-sun, floor leader of the New Politics Alliance for Democracy.