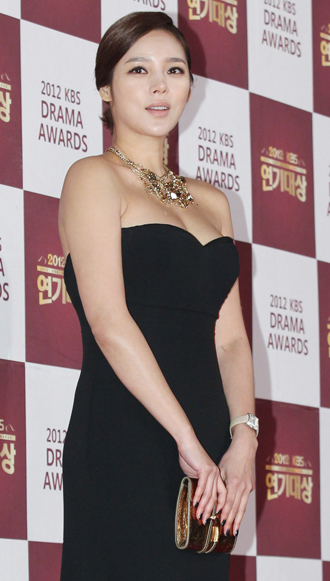 Actress Park Si-yeon has confirmed that she will mark her return to television in an upcoming drama series, ending her hiatus from the small screen after she was found guilty last year of abusing the illegal substance propofol and was ordered to serve jail time. Propofol is a powerful anesthetic that can kill if taken in large doses.

Park was given a suspended sentence of up to eight months in prison with two years’ probation. She is set to take the lead in the drama tentatively titled “The Best Marriage” on cable channel TV Chosun. It is set to air in September. The show, which signals her first time back on television since her run on the KBS series “The Innocent Man” (2012), is a melodrama.

Park is set to play popular news anchorwoman Cha Gi-young, who accidentally becomes pregnant and ultimately chooses to raise her child on her own. The show will revolve around her character’s struggle to balance motherhood and a successful career. Because Cha is a public figure on the program, industry experts predict that fans will take an interest in the outfits and accessories featured in “The Best Marriage.”

The TV drama will bring Park back into Korean living rooms after more than a year, though her most recent foray in the industry since her conviction has been in film. The actress already completed filming for “The Last Knights,” which is scheduled to hit theaters early next year.