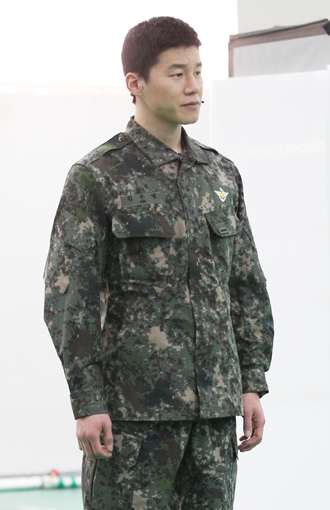 After serving for a year and nine months, he walked out of the base in Inje, Gangwon, yesterday to find fans and media waiting outside.

“I have been well, and I want to pay back all your love and care with good work,” he said.

Kim enlisted in October 2012 as an entertainment solider, but after the unit was disbanded he was relocated in August last year.

His received a knee injury during his service in April and was ordered to be discharged after a medical inspection.

But he showed a will to complete his duty and did so.