Is Beijing ready for another Olympics?

Is Beijing ready for another Olympics? 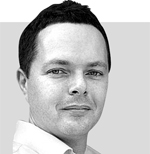 On the evening that Beijing earned the right to host the 2008 Summer Olympics, the city celebrated into the night. It was July 2001, and China was beginning an extraordinary decade of economic growth that would transform the capital into something that China’s leaders - and its people - wanted to show off. The Olympics are an opportunity to signal to the world that a country has been transformed, both in how it views itself and how it wants the world to view it. China wanted to show that it was no longer emerging - it had emerged, and deserved respect and recognition.

Thus, one would expect some civic joy at Monday’s news that Beijing joins Almaty, Kazakhstan, and Oslo, Norway, as finalists to host the 2022 Winter Olympics. Curiously, though, that news has been muted and hard to find in China. True, it made the homepage of the People’s Daily, the online home of the official mouthpiece of the Communist Party, but only in the form of a three-paragraph story buried under other news. Slightly more prominent was a slideshow that inventoried the huge costs of previous Olympics, highlighting the Sochi Winter Olympics’ $51 billion price. Meanwhile, the advancing bid barely piqued the interest of China’s typically Olympic-loving microbloggers. The low-key reaction is a long way from the pride that usually accompanies all things Olympian in China.

At first glance, the lack of enthusiasm might have something to do with the fact that the 2022 Winter Games aren’t exactly coveted. Before the selection of the three finalists, Krakow dropped out after Polish voters turned down the Games by nearly a 70 percent margin; Stockholm, a heavy favorite, withdrew when the city council decided that it didn’t want to spend money on facilities that would have no use after the Games. Beijing’s stiffest competition, Oslo, dislikes the Games nearly as much as the Poles and Swedes. According to the International Olympic Committee’s report on the candidate cities, only 36 percent of Norwegians supported the bid in a poll conducted by Oslo’s bidding committee. If no other city wants the Games, why should Beijing?

In fact, there’s ample reason to believe that Beijing didn’t think it would make it this far in the first place. The 2018 Winter Olympics are to be held in Pyeongchang, South Korea, and the IOC has been reluctant to hold consecutive Olympics on the same continent. More serious, since 2008, Beijing’s air pollution has become an international scandal (and occasional joke) that, thanks to the installation of online air-quality monitoring stations, the world now knows is often hazardous to human health. On average, February, when the Winter Olympics occur, suffers the worst pollution of all. Even Chinese news media, which generally remained mute about Beijing’s pollution before the 2008 Olympics, now speak openly and critically of it. Last week, for example, state-owned China Daily ran the headline “Beijing expects healthy air by 2030.” Why invite thousands of foreign journalists to come to Beijing and write similar stories? If the 2022 Olympic bid succeeds, that’s one possible outcome.

More likely, Beijing’s experience of bidding for the 2008 Olympics - it failed in its first attempt to win the 2000 Olympics that went to Sydney - informed the current bid. Rather than planning for 2022, Beijing may have been aiming further out, to an Olympics that might occur when the air is cleaner. That Olympics would symbolize a reborn, post-industrial Beijing. Instead, Beijing may get an Olympics that symbolizes nothing more than its ability to pay the cost when others wouldn’t. Ironically, that may be a better symbol of Beijing’s arrival as a major world power than anything that happened in 2008.

By Adam Minter, American writer based in Asia