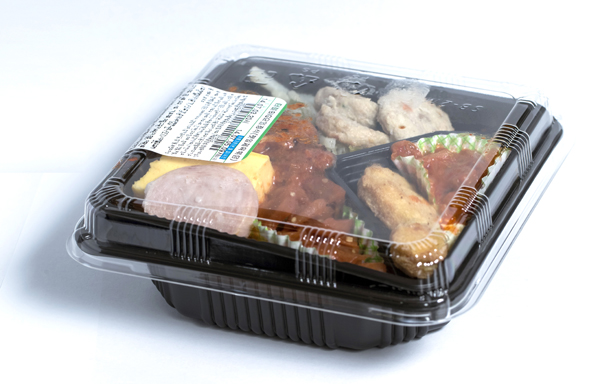 Son Hak-bok, 48, has been operating a convenience store on the first floor of a commercial building in an apartment complex located in Gwangjin District, eastern Seoul, for the past 20 years.


Among the many convenience store owners of the mini mart franchise CU, Son has been operating the same store for the longest period of time.

But it isn’t easy for him to run a convenience store in an apartment complex, because his shop sits next to a big-box chain that offers numerous items at discounted prices throughout the year.

Yet a single product that weighs just 110 grams (3.8 ounces) helped him survive the 1997 Asian financial crisis: samgak gimbap, or triangle-shaped rice rolls, which cost only 500 won ($0.49) back then.

Many people who needed to ease their hunger for a few coins, from unemployed men in their 40s and 50s to teenagers, visited his store because of the cheap and affordable gimbap, which are usually filled with stuff like mayonnaise-caked tuna or seasoned pork.

Thanks to the popularity of the small gimbap, sales of instant noodles and cigarettes also soared.

But samgak gimbap made way for the prepackaged meal when the 2008 global financial crisis hit the nation.

“Before the 2008 global financial crisis, I sold between five and six boxed meals,” said Kim Jae-young, 50, who opened a convenience store in Jamwon-dong, southern Seoul, in 2000. 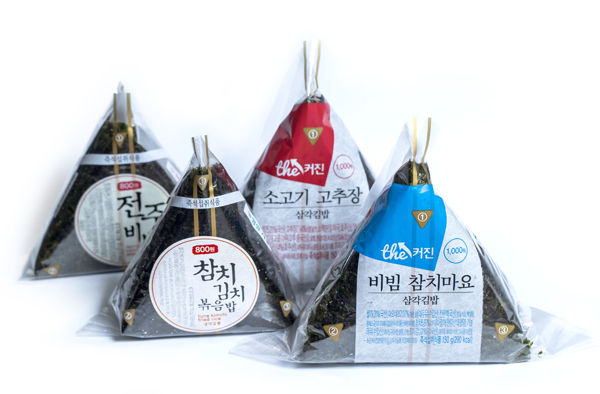 Samgak gimpbap, or triangular-shaped seaweed rolls, is one of the best-selling items at convenience stores. [JoongAng Ilbo]

“But the sales of the meals jumped two-fold and three-fold after the global financial crisis.”

The prepackaged meals are a good option for many rank-and-file employees because they usually have to pay at least 7,000 won for lunch, but a meal from a convenience store is priced between 3,000 won and 4,000 won.

Students who study at cram institutions until midnight are regular users of the ready meals, too.

Oh Gyeong-seok, who promotes convenience stores nationwide at the Korea Association of Convenience Stores, said, “We expect to see more sales from prepackaged meals because the number of single households keeps growing.”

Samgak gimpbap and ready meals are killer items, but there is an all-time convenience store favorite other than cigarettes and beer: banana-flavored milk.

Banana milk has always been in demand, but its popularity skyrocketed after the 2012 drama series “Rooftop Prince.”

In the drama series, Park Yu-cheon, also known as Yucheon from K-pop group JYJ, walked along Cheonggye Stream while sipping banana-flavored milk. Now there is a tour for non-Korean travelers in which they walk the stream drinking the flavored milk.

“Between 200 and 300 banana-flavored milks are sold a day,” said Ahn Jae-chun, the owner of a convenience store located next to Cheonggye Stream in Jongno, central Seoul.

The item is also popular among Koreans who live in remote regions.

When the first convenience store opened on Baekryeong Island in 2010, residents rushed to purchase the banana-flavored milk.

“Only a single milk manufacturer had been operating at this island, there was no way for the residents to drink other milk products,” said Son Do-shin, 40, the owner of the convenience store at the island.

“So I usually stock about 1,000 banana-flavored milks everyday.”