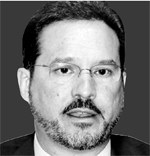 Chinese President Xi Jinping’s visit to Seoul last week represented his fifth positive meeting with President Park Geun-hye since the two leaders’ inaugurations in 2013. Park and Xi reportedly discussed the near term problem of stopping North Korean nuclear provocations and the long-term problem of unification, as well as the prospects for a free trade agreement. After the tense relationship with China under President Lee Myung-bak, there had been room to restore a better working relationship with China. Yet President Park has surpassed even expectations for a return to the status quo ante. The Blue House is right to brag that this is the strongest ROK-PRC relationship in history.

The Korean public clearly supports the upward trend in relations with China. As the Asan Institute found in polling before the Xi summit, the Korean public’s views of China are the most positive since Asan began surveys, with 60.8 percent saying China is a cooperative partner and not a competitor and 70.8 percent expecting relations to get even better in the future. Those numbers would probably be even higher if Asan did the survey in the wake of the successful summit.

Yet for outsiders the Korean government and public views of China are strangely discordant with those of most other countries around the region. Polling done in the United States, Australia, Japan, India and many Southeast Asian states indicates declining confidence in the future of relations with China as maritime territorial disputes have intensified and Beijing has thrown its weight around. What do Koreans see that many others in the region don’t? Is it possible that the Korean view of China is overly optimistic?

To be clear, U.S. government officials have been adamant that they have no concerns about “losing” Korea to China, despite Beijing’s clumsy efforts to enlist Seoul in Xi’s new Eurasian security concept for Asia (discussed in the last column). This U.S. view is a sincere reflection of the close working relationship between Washington and Seoul and the historically high Korean favorability ratings towards the United States and the U.S.-ROK alliance (much higher, it is important to add, than the historically high favorability ratings towards China).

Nevertheless, it appears that where many Asian states see China worsening their security environment, Koreans see an opportunity for China to improve theirs. The unprecedented decision by Xi to visit Seoul without first having a summit with North Korean leader Kim Jong-un demonstrates that potential. Recognizing this, 82% of respondents to the Asan poll said that China’s cooperation is necessary for unification of the Korean Peninsula.

But as numerous Chinese officials and experts reiterated to me on a visit to Beijing just before Xi’s visit to Seoul, the changes in China’s stance towards Pyongyang after the third nuclear test and the execution of Jang Song-thaek have been tactical, and not strategic. Xi may hate Kim Jong-un, but his government’s ties to the North have atrophied since the death of Jang and there are no thoughts on next steps with North Korea other than somehow pressuring the United States to return to the Six Party Talks -- even as Chinese officials and scholars acknowledge that North Korea has destroyed the credibility of the talks with its provocations.

Meanwhile, little can be expected from Beijing right now with respect to the longer-term issue of unification. Xi has stated Chinese support for unification, but with the caveat that it be “independent” unification. While that sounds like it means “without external interference” - it is essentially another way of saying there must be mutual agreement on the process of unification between Pyongyang and Seoul. That is hypothetically possible - and would be largely consistent with former President Kim Dae-jung’s hopeful proposal for three stages of confederation and unification. However, in the more likely event of North Korean instability or collapse, what entity in the North would verify mutual agreement? Would China then agree to unification under Seoul? The answer right now is no, though that could change. Perhaps the more than two-thirds of Koreans who said China does not support reunification of the Korean Peninsula were on to something (despite the central role they see for China).

In the event of a near-term crisis or confrontation, would China abandon the North? According to the Asan poll, only 30.9 percent of Koreans think China would help North Korea in a war scenario, a sharp drop from the 75.9 percent who thought so in 2012. It is hard to define what new Chinese policies would account for that change, other than improved relations between Xi and Park and worsening relations between Xi and Kim. The fact is that China’s security treaty with Pyongyang is still in force and the PLA ties to the Korean Peoples’ Army remain active. If North Korea unilaterally attacked the South or the United States, it would be logical that Beijing would stand aside and let Pyongyang receive retribution. But what if the scenario were murkier percent involving perhaps civil war or instability that draws in the South? China’s definition of its interests on the peninsula and some degree of solidarity with the North Korea (as distinct from solidarity with Kim Jong-un) might lead to more active Chinese resistance against unification if not outright military support for Pyongyang.

In short, right now Seoul cannot count on Beijing to act in Korean interests under all or even most scenarios north of the DMZ. It is even possible that under some scenarios Beijing would actively work to oppose Korean policy objectives. However, that is a reason to be balanced and realistic about relations with China and not a reason to stop trying for improvements in PRC-ROK relations. Changes on the ground between Pyongyang and Beijing may someday lead to more significant changes in China’s policies towards the North. For example, a recent poll in China found that 32 percent of Chinese respondents argued for using military force to democratize the DPRK, while visitors to North Korean military facilities report seeing propaganda posters declaring the PRC North Korea’s “mortal enemy.”

Prudent foreign policy strategy involves realistically weighing what a third party will do in the near term and what they might be convinced to do further down the road. Ultimately, though, if Seoul wants to shape Chinese approaches to the Korean Peninsula, it will take more than wooing Beijing. China must also come to see the necessity of earning Koreans’ trust with actions and not just words. And that means strengthening ties 360 degrees around the Korean Peninsula and not relying on one line of diplomatic effort alone.

*The author is senior vice president for Asia and Japan chair at the Center for Strategic and International Studies and associate professor at Georgetown University in Washington, D.C.