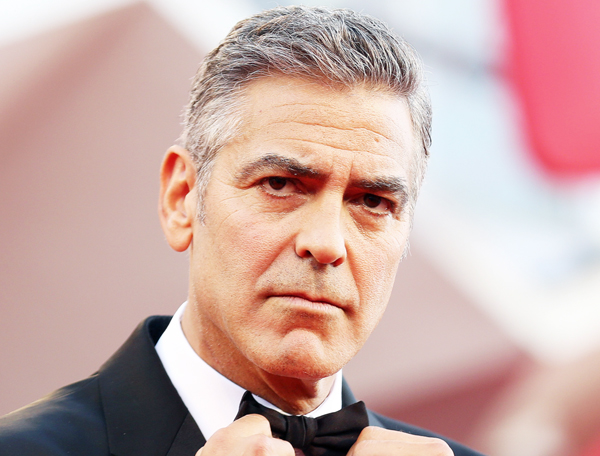 The Mail Online story posted on Monday said Alamuddin’s mother was telling family in Beirut that she is not happy about the wedding for religious reasons and that her daughter could do better by marrying within the family’s Druze religion.

“First of all, none of the story is factually true,” Clooney, 53, wrote in the newspaper USA Today.

“Amal’s mother is not Druze. She has not been to Beirut since Amal and I have been dating and she is in no way against the marriage - but none of that is the issue,” he added.

The issue, he said, is that the story said that because the Clooney nuptials will not be a Druze wedding, Alamuddin could be cast out of the community. Women have been murdered for not abiding by the Druze religious rules, the Mail Online’s story added.

“The irresponsibility in this day and age, to exploit religious differences where none exist is at the very least negligent and more appropriately dangerous,” the Oscar-winning actor wrote.

Clooney, who does not usually respond to media reports about his private life, said he does not care about fabricated stories about where the wedding will take place or if he is running for public office.

“We have family members all over the world, and the idea that someone would inflame any part of that world for the sole reason of selling papers should be criminal,” he wrote.

The Mail Online has since issued a statement apologizing to Clooney, his fiancee and her mother for any distress the story caused and said it has launched a full investigation.

“We have removed the article from our website and will be contacting Mr. Clooney’s representatives to discuss giving him the opportunity to set the record straight,” the statement said.

It added that the story was supplied by a trusted freelance journalist and was based on her contacts with senior members of the Lebanese community in Britain and Beirut.

In the USA Today report, Clooney said the fabricated story had been picked up by other news outlets, including Boston.com, The New York Daily News, Gulf News and Emirates 24/7. He added that facts make no difference to their stories.

“And when they put my family and my friends in harm’s way, they cross far beyond just a laughable tabloid and into the arena of inciting violence,” he wrote.

The Mail Online story was not published in the print edition. The newspaper followed it up, but with a different story. The print newspaper and the online edition are run separately.

Clooney has been dating Alamuddin since October, according to media reports. News of their engagement was confirmed in April when Alamuddin’s legal practice in London issued a statement congratulating the couple.