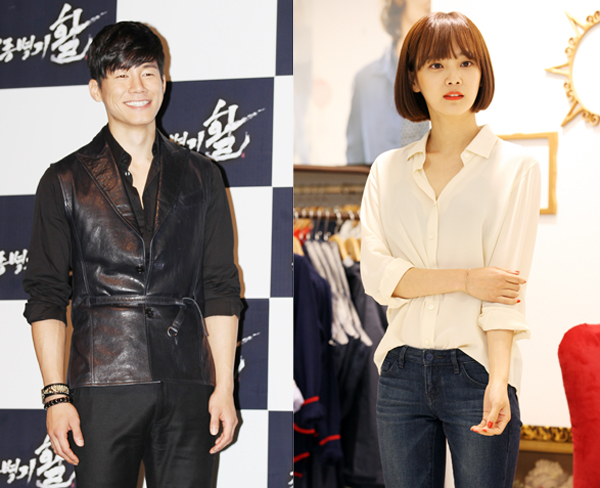 Celebrity couple Kim Moo-yeol and Yoon Seung-ah was spotted on a date at a musical on Wednesday, a day after Kim was discharged from military service, according to an exclusive report yesterday from the news outlet My Daily.

The couple was reportedly seen at Hongik Daehangno Art Center in Jongno District, central Seoul, on Wednesday afternoon watching the Korean production of “Blood Brothers.” My Daily reported that the two seemed to be enjoying an ordinary date regardless of being in the public eye.

On Tuesday, Kim was discharged from military service after a year and nine months in Inje, Gangwon.

“I finished my military service without any problem,” said Kim right after being discharged. “As a Korean citizen, it has been a time to reconsider and establish my set of values.”

When asked about his plans for the future, he said that nothing is yet confirmed.