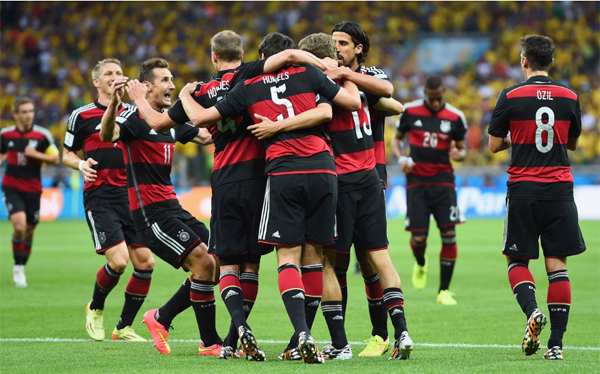 I had a chance to visit a sausage factory in Germany. When I asked the manager how the company maintains one of the biggest market shares in Europe, he said the company continually tracks and responds to the changing tastes of consumers based on statistics. While the dominant taste of the sausage stays the same, its texture and flavor change accordingly. The key is not analyzing consumers, but strictly adhering to the manufacturing manual. Other sausage companies survey consumers as well, but stubbornness of management or lack of confidence in the analysis often results in no changes being made. The company’s secret to success is having confidence in the data and faithfully following the policy.

German football is similar. The German national team certainly has many players with great physiques and skills, but they become a formidable team through rigorous scientific analyses. During training, players had sensors on their knees and shoulders analyze their movements, and strategies were based on the data. As the team prepares a defense strategy, it used extensive data on opponents. Armed with science, Team Germany crushed Brazil 7 to 1.

Coach Louis van Gaal of the Netherlands changed his goalkeeper right before the end of the extra time in the quarterfinal. In the penalty shootout, Tim Krul blocked two shots by Costa Rican players, taking the Orange into the semifinal round. The strategy had been prepared by goalkeeping coach Frans Hoek. Based on records of the players’ choice of direction in penalty kick shootouts, the goalkeeper would turn and block the shot. Krul was chosen to deal with the penalty shootout not because he was faster or had a good track record. He replaced Jasper Cillessen because he has longer arms. For seven weeks, Krul trained to turn in the direction according to coach’s cue. Every time a Costa Rican player kicked a ball, Krul turned to the right direction. The Netherlands is a country with advanced stochastic studies.

A Korean professional baseball team, the NC Dinos, became one of the top teams in the Korean Baseball Organization just two years after officially being admitted to the league. The Dinos pursue baseball using science, not intuition. The team selects players based on accurate data analysis, not “gut feeling” of the baseball experts. Foreign players are evaluated based on control of the ball and batting eye instead of earned run average or slugging percentage. Club owner Kim Taek-jin, the game development pioneer, and Yun Song-yi, NC Soft’s vice president and artificial intelligence expert, implemented the changes.

Sports is all about science. Fighting spirit and diligence are not enough. “Brotherly leadership” or “fidelity football” cannot make a first-class team.

*The author is a deputy editor of the Joongang Sunday.