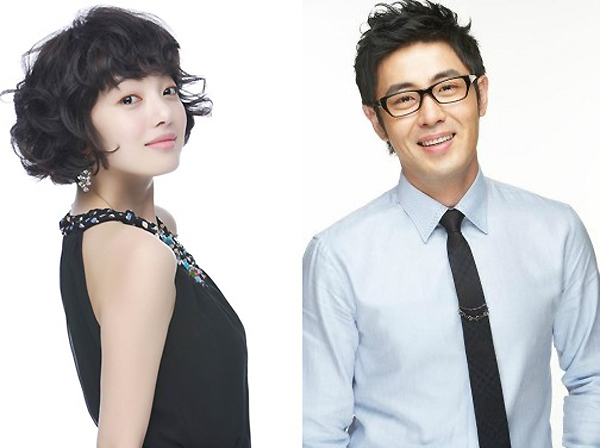 Multiple industry insiders said that Hwang and Cha, whose real name is Kim Young-hoon, first met at a church and have been dating for a year now.

“Based on their shared religious beliefs, the two are dating just like any other couple,” said a local report. “As both of them are in their 30s, they are taking the relationship seriously.”

In June, Hwang signed an exclusive contract with Fantagio - where Cha is working - and the two are said to be balancing work and love more easily than before.

Actress Hwang, 31, debuted in 2003 and became popular after she played a quirky-looking character in a ramyeon commercial in 2008, followed by appearances in dramas such as “Rainbow Romance” and “Cunning Single Lady.” Cha, 34, who is the son of late actor Kim Yong-geon and a younger brother of actor Ha Jung-woo, made his debut in a music duo in 1997 and has been acting since the early 2000s.