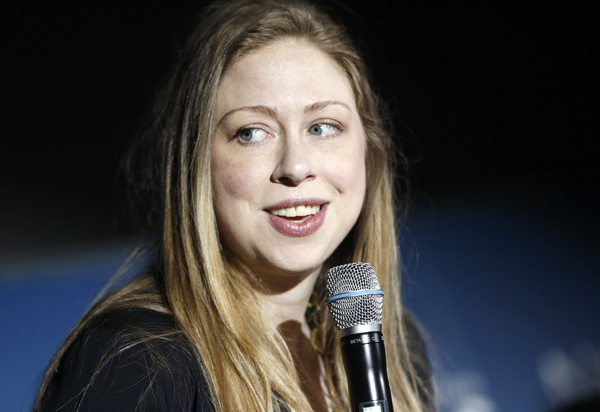 WASHINGTON - Like her high-profile parents, Chelsea Clinton is becoming a draw on the speaking circuit, with some organizations shelling out as much as $75,000 per speech.

The younger Clinton’s speaking fees, first reported by The New York Times, comes as her mother, Hillary Rodham Clinton, commands a reported $200,000 or more per speech while she considers another bid for the presidency.

The family’s finances have come under scrutiny in recent weeks after the former secretary of state said during her recent book tour that the family was “dead broke’’ and in debt when husband Bill Clinton left the White House in January 2001. She later called that description “inartful.’’ The Washington Post reported that the former president has earned more than $100 million in speaking fees since leaving the White House in January 2001.

The youngest Clinton has taken a leading role in the family’s philanthropic foundation, and she and her husband, Marc Mezvinsky, are expecting their first child in the fall. Her own compensation drew scrutiny when Politico reported that she earned $600,000 a year at NBC News, where she has infrequently appeared on camera as a special correspondent.

Kamyl Bazbaz, a spokesman for Chelsea Clinton, said the majority of her speeches are unpaid and “all speeches organized by the Harry Walker Agency are on behalf of the Clinton Foundation and 100 percent of the fees are remitted directly to the Foundation.’’

The Clintons are represented by the New York-based Harry Walker Agency, which arranges paid speeches.