Slide into summer with a trip to a water park

Slide into summer with a trip to a water park 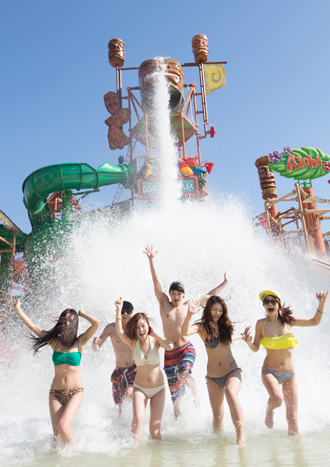 Your summer probably won’t feel complete without a visit to one of the country’s huge water parks, and the variety on offer is expanding.

Lotte Waterpark in Gimhae, South Gyeongsang, offers visitors a taste of the country’s most extreme rides. The park, which opened last month, has the longest and largest rides.

One of the slides lets you fall from an 18.9-meter (62-foot) tower and another attraction features a huge bucket holding 6.4 tons of water that pours down onto visitors from 17.5 meters above.

According to insiders, the country’s water parks are all similar because most of them are designed by Canada-based Whitewater Inc.

Naturally, the newest park has a competitive edge in terms of attractions.

On the downside, a one-way journey to Lotte Waterpark from central Seoul takes nearly five hours by car.

By taking the free shuttle, you can save about 60,000 won on transportation.

The oldest water park is Caribbean Bay in Yongin, Gyeonggi, but it’s still a classic. 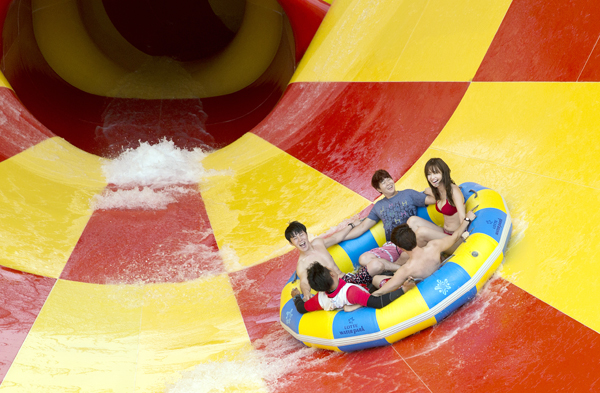 Since it only takes an hour to reach Caribbean Bay from central Seoul, the water park is the most accessible.

Another advantage of Caribbean Bay is its proximity to Everland, the country’s largest theme park and zoo, which is located next door.

You can purchase a two-day combo ticket if you want to spend a day at the water park and then enjoy the amusement park the next day.

Caribbean Bay’s annual music party during the peak season has become a tradition, too. The water park hosts performances by famous rappers, DJs and musicians such as will.i.am, a member of the Black Eyed Peas, at the main pool in the evening.

You can enjoy live music while soaking and dancing in the water. This year’s lineup has not been announced yet.

For another reason to visit, four of the country’s water parks made it on a list of the world’s top 20 water parks last year.

The association ranks water parks based on the number of visitors to each one.