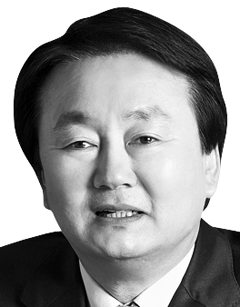 Kim Jong-ripp, CEO of HS Ad, an LG Group advertisement agency affiliate, promises to break out of the formulaic advertising model where manufacturers develop a product and advertising agencies create an ad for it afterward.

The 58-year-old CEO sat down for an interview with the JoongAng Ilbo on July 1, his first since he took the position in 2009. This month marks the 30th anniversary of the ad agency.

Kim gushed over a new department that was established in January last year called Over the Rainbow, a “secret weapon,” he said, that is unlike any other department at an ad agency.

The department’s employees not only create an ad for their client but jump in from the first stage of production.

Even now, not many employees within HS Ad know of its existence, as only a few have been selected to work behind its highly securitized doors - which can only be accessed through fingerprint recognition.

“The idea is to merge planning, production and sales,” Kim said. “Keeping security is vital because the concept, the name and even the design of any new product - which could be released as early as next month or almost two years later - are in the creation process.”

One of the successes that came out of Over the Rainbow was a versatile walking shoe. Last year, K2 introduced a new concept shoe called the Flywalk.

The idea was that if the shoe could perform so well outdoors, then the person wearing it would practically be flying around the urban landscape.

The product was a huge hit, and K2 has since been struggling to meet growing demand.

HS Ad is currently focusing its efforts on its strategy of appealing immediately to consumers the moment they enter the store, which it calls “shopper marketing.”

“The idea is to change the store so that the appetite to shop among consumers walking into the store is raised,” Kim said.

HS Ad recently renovated the Kolon Wellcare drugstore in Apgujeong-dong, southern Seoul, reducing the number of cashier counters and expanding the space so customers could rest their bags when paying. It was a design that broke the norms of local drugstores.

Kim said analyzing customers, as well as the geographic locations of their homes, is essential in its shopper marketing strategy.

Before becoming the head of the ad agency, Kim was an ad producer.

In 1994, he served as the head of HS Ad’s planning team, which succeeded in winning the first advertisement bid for Korean Air. Other than LG affiliates, the airliner is the oldest client that has commissioned its commercials to the agency. Kim said the most memorable ad he remembers was that for the missing children campaign, orchestrated by LG Household and Healthcare, in which pictures of 35 missing children were put on the backs of household detergent packs.

One child was found as a result by a customer who reported information. The company then released a televised commercial running the pictures of five missing children from Daegu.

“When an advertiser comes up with a creative idea that is closely tied to social responsibility, it makes the world a better place,” he said.