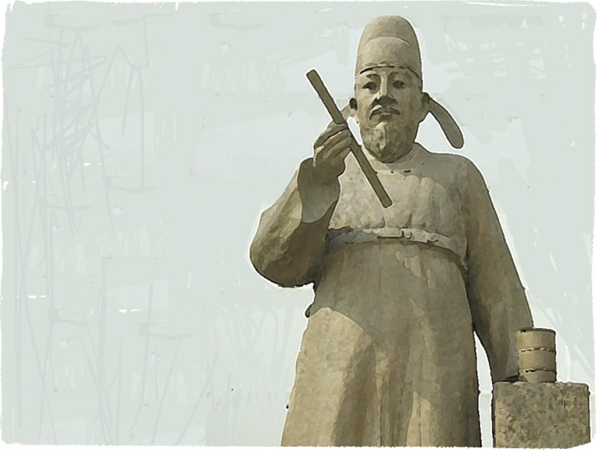 Commercials for German automobiles follow a similar theme. A sleek car is shown racing through a grove of trees and coming to a smooth stop in front of a stately manor house. The narration describes the outstanding tradition of “German engineering” that gives this luxury car an exquisite solidity that cannot be found in other run-of-the-mill brands.

Such advertisements are so effective only because every educated person knows that Germany has a remarkable tradition of science and engineering that can be traced back to Johannes Gutenberg’s printings of the Bible and has produced outstanding figures like Max Planck, Albert Einstein and Konrad Zuse. German engineering does not require any special explanation. There is a solid, reliable and trust-inspiring aspect to German engineering that does not require a footnote.

Although Korean automobiles have made tremendous strides in global markets over the last decade, and are winning over loyal customers even in Europe, it simply is not possible for Korea to advertise its products in the manner that Germans do. Most viewers in the West do not know how Korean culture is different from that of China and Japan and, more importantly, they did not associate Korea with science and technology before the 1990s.

But there is nothing new about excellence in Korean technology. The problem is simply that although Korea has a tradition of outstanding engineering, that tradition is unknown in the West. The only people who know about Korea’s excellence in technology are a handful of experts at universities in the United States, and when they write about that tradition in English (let alone any other language) they do it for an academic audience in obscure journals.

We must make Korea’s tradition of excellence in technology a part of global popular culture. And Koreans need to do this, and do it on their own. Many times, Koreans have lamented to me how their culture is not understood in the West. I try to tell them frankly that in this day and age we cannot expect foreigners to understand Korean culture because Korean culture transcends simple explanations. We must systematically set out to introduce it in an accessible manner.

Let me make two possible suggestions as to how this could be done.

First, the life of Korea’s great scientist and inventor of the 15th century, Jang Yeong-sil, could be made into a powerful full-length feature movie for an international audience. The compelling story of how Jang fought against terrible discrimination because of his peasant origins and then went on to invent novel water clocks, armillary spheres, sundials and the world’s first rain gauge, the Cheugugi, could make Korea’s engineering legacy vivid to the world. That movie could associate Korea with engineering in a far deeper manner than possible through a product marketing campaign. If Jang Yeong-sil becomes a hero for people around the world from classes subject to discrimination who wish to innovate, the movie’s impact will be everlasting.

Alternatively, the battles of King Sejong against narrow-minded bureaucrats to establish educational institutions that served to promote the needs of commoners through innovation could be made the topic of a powerful English-language novel by a major international author.

If that book, focusing on the golden age of Korean science, became a global best-seller, it could permanently alter international perceptions of Korea. Such an entertaining book written by an American author for an American audience would make Sejong and his spirit truly accessible to the world.

Once the achievements of Korea in science are made part of global culture, contemporary Korean achievements in technology will not seem like a fluke of the last few decades, but rather like the inevitable result of a Korean tradition of excellence.

This story of Korean greatness in science and technology is not a fiction, it is a reality about Korea’s past that many Koreans themselves are not aware of. In the effort to promote a myth that Koreans somehow built this country up from nothing in sixty years through the efforts of a small group of men, the true story of how traditional knowledge in Korea formed the backbone for a national drive for modernization has been overlooked or swept under the rug.

Although there may have been some advantage to portraying Korea as the underdog that rose to the top through its stubborn efforts, at this point it is more to Korea’s advantage to emphasize continuity in the Korean tradition. Continuity, rather than a sudden Miracle on the Han, will inspire more confidence from the international community.

When Korea reaches that point, it will be meaningful to speak of “Korean excellence in engineering.” But ironically, Korea cannot obtain that status in the eyes of the international community by just developing new technologies today. The tremendous technological innovations of Korean scientists over the last decade have not helped Korea to distinguish itself from other Asian nations. Korea can only set itself apart if it effectively introduces its own history and culture in a compelling manner.