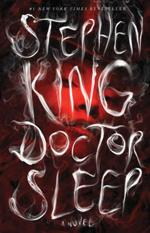 Stephen King returns to the character and territory of one of his most popular novels ever, “The Shining,” in this instantly riveting novel about the now middle-aged Dan Torrance and the very special 12-year-old girl he must save from a tribe of murderous paranormals.

This is an epic war between good and evil, a gory, glorious story that will thrill the millions of devoted readers of “The Shining” and satisfy anyone new to this icon in the King canon. 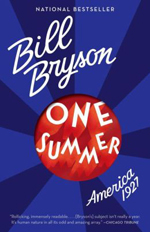 The summer of 1927 began with Charles Lindbergh crossing the Atlantic. Meanwhile, Babe Ruth was closing in on the home run record. In Newark, New Jersey, Alvin “Shipwreck” Kelly sat atop a flagpole for twelve days, and in Chicago, the gangster Al Capone was tightening his grip on bootlegging. The first true “talking picture,” Al Jolson’s “The Jazz Singer,” was filmed, forever changing the motion picture industry.

All this and much, much more transpired in the year Americans attempted and accomplished outsized things - and when the 20th century truly became the American century. “One Summer” transforms it all into narrative nonfiction of the highest order.

I Am Zlatan: My Story On and Off the Field 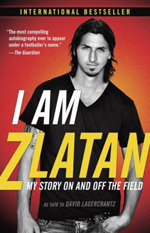 Daring, flashy, innovative, volatile - no matter what they call him, Zlatan Ibrahimovic is one of soccer’s brightest stars. A top-scoring striker with Paris Saint-Germain and captain of the Swedish national team, he has dominated the world’s most storied teams, including Ajax, Juventus, Inter Milan, Barcelona, and AC Milan. But his life wasn’t always so charmed.

Born to Balkan immigrants who divorced when he was a toddler, Zlatan learned self-reliance from his rough-and-tumble neighborhood. Told as only the man himself could tell it, featuring stories of friendships and feuds with the biggest names in the sport, “I Am Zlatan: My Story On and Off the Field” is a wrenching, uproarious and ultimately redemptive tale for underdogs everywhere.