In South Korea, ex-spy remains stuck in the cold

In South Korea, ex-spy remains stuck in the cold 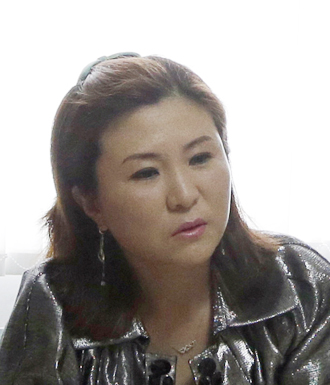 GUNPO - Once their espionage cases are resolved, some former North Korean spies find that life in South Korea can be pretty good. They write books, land TV gigs, work for think tanks and in general benefit from their new home’s fascination with their old homeland.

Won Jeong-hwa is not one of those spies.

A year after finishing a five-year espionage sentence for using sex to obtain military secrets and plotting to assassinate intelligence officers, Won is a 40-year-old single mother eking out a living on an $800 monthly government subsidy.

Her espionage work is not taken seriously enough in South Korea for her to cash in on her past, yet she’s also too notorious to find an ordinary job. She says she has been fired from several waitressing and cleaning jobs after employers learned about her past, which she had attempted to conceal.

“I’ve thought about killing myself many times,” Won said in an interview at her small apartment in Gunpo, just south of Seoul.

She has two big strikes against her. There are allegations that she was merely a low-level informant whose deeds were inflated by South Korean officials eager to make Pyongyang look bad, and by reporters digging for a sexy story. Additionally, the sexual nature of her crimes carries a stigma in this conservative country.

Won was imprisoned in 2008 after a court ruled that she posed as an ordinary North Korean defector, then used sex to extract secrets from South Korean military officers. The media began calling her “North Korea’s Mata Hari” in reference to an exotic dancer from the Netherlands who used sex to obtain military secrets during World War I.

North Korea accused South Korea of cooking up a spy scandal to tarnish Pyongyang’s image and said Won was a criminal.

After Won was released, she was a popular guest on TV talk shows where she spoke about her harsh, elite spy training. She said she disobeyed Pyongyang’s orders to assassinate two South Korean Army intelligence officers with poison.

She also talked about how she fell in love with a junior army officer - the “man of my life.” He was later imprisoned for passing her secrets including a list of North Korean defectors even after learning she was a spy.

The attention caused South Korean media to revisit her case. Some reporters questioned the value of her espionage work, and raised suspicions based on testimony by North Korean defectors who said they knew Won.

Won’s 2008 court verdict said she was trained at a special operations unit in Pyongyang and was a daughter of an agent killed on a spy mission in South Korea in 1974. But Won’s stepfather, Kim Dong-soon, who came to South Korea in 2007, said in an interview that Won’s biological father was an ordinary laborer who died of a heart attack, and that Won was a high school dropout who had nothing to do with special operations forces. Won denies Kim’s allegations.

In the verdict and in interviews, it was said that North Korea first sent Won to South Korea in 2001 to take photos of the exteriors of U.S. military installations and to collect South Korean newspaper editorials about North Korea, low-level spy work.

Some defectors who met Won before her 2008 arrest say she was often incoherent and unprofessional and could not have been a highly trained spy.

“I believe that she was exploited as an informant. .?.?.?She wasn’t even worth being called a spy,” said Kim Yong-hwa, a defector turned activist. He said he once rejected Won’s request to meet with a high-profile North Korean defector because she rambled too much.

A key debunker of Won’s espionage record is Won herself, who spoke to The Associated Press in a series of interviews between April and this week. She has said in media interviews that she was pressured by prosecutors to provide false testimony, particularly about her use of sex in spy work.

The trial verdict and an investigation by prosecutors said she slept with numerous men, including South Korean officers. Won said she used sex as a spying tool only once.

She said she couldn’t resist pressure by prosecutors who gave her alcohol and urged her to confess during questioning. They “manufactured (the story of) my relations with men,” she said. “I’m not a Mata Hari.”