Hana seeks to move ahead on KEB merger

Hana seeks to move ahead on KEB merger 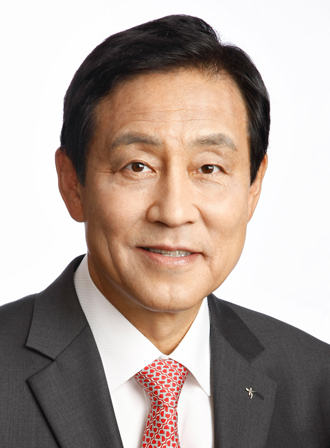 The top management at Hana Financial Group is becoming much bolder in its pursuit of an early merger between its flagship Hana Bank and Korea Exchange Bank, which it acquired in 2012.

Hana Financial Group Chairman Kim Jung-tae raised the issue earlier this month and over the weekend during a workshop for the financial group’s top management. He reportedly called the merger “daebak,” which means “bonanza.”

At the conference, the management decided to accept a statement agreeing to an early merger of the two banks.

According to the statement, the financial group is aiming to merge the banks by January.

Initially, KEB was told it could keep independent management until 2017. But Kim decided to move up the date because of the recent crisis in the banking industry.

The growing possibility of a rate cut by the Bank of Korea may further weaken the industry’s damaged profitability. At the same time, banks are struggling from a worsening public image caused by various scams and the biggest leak of private information the industry has ever seen.

The synergy that Hana Financial Group expected from its acquisition of KEB has not come to fruition under the current two-bank system.

Even by asset size, both banks fall short of other rivals such as KB Kookmin Bank, Woori Bank and Shinhan Bank.

“An early merger will be a very important foundation to making it through the crisis and securing future growth,” Kim said at the workshop.

Hana Financial Group says that merging the two banks will reduce costs and boost profits. It estimates that its pretax profit will likely amount to 312.1 billion won next year.

The bank said the overlap in IT costs between Hana and KEB amounts to 79.9 billion won annually and the cost of overlapping branches and work forces is about 61.2 billion won. The merger will also cut additional spending for credit card marketing at the two banks by roughly 67.4 billion won.

With KEB’s assets, Hana could further reduce its issuance of foreign bonds, which could save it 60.7 billion won.

Hana says that when the two combine their strong private banking and foreign exchange business and vitalize their weakest department, which is credit cards, 42.9 billion won in profit could be generated.

In total, Hana believes it can save about 1 trillion won by pushing up the merger date.

The financial group argues that by increasing its size through the KEB merger, it will gain a competitive edge over other local banks. The move will put the combined Hana and KEB level with KB Kookmin Bank as the leader in loan size.

The combined Hana and KEB will also become the third-largest bank by number of branches.

The recent moves by the financial group’s management have already led to protests from KEB’s labor union.

Some 3,000 union members held a demonstration at Seoul Station over the weekend to urge Hana to keep its promise of independent management.

“Deteriorating profit, which they are pushing as the argument for an early merger, is actually the result of Hana Financial Group’s management failure,” said a KEB labor union official. “The employees don’t feel the need for a merger.”

The financial authority has been watching the situation from the sidelines.

“If Hana can come to an agreement with the labor union, there is no reason for the government to oppose it,” said an official at the Financial Services Commission. “This is something that can’t be pushed by one side.”

The key to a successful early merger lies in the ability of Hana’s top management to convince KEB employees that it is necessary, which it said it is working toward.

“The employees are worried that once the two banks merge, KEB will be absorbed by the larger Hana and to maximize cost reduction there could be corporate restructuring,” said an official at another bank, who requested anonymity because of the sensitive nature of the issue.