A competitive edge is key

A competitive edge is key 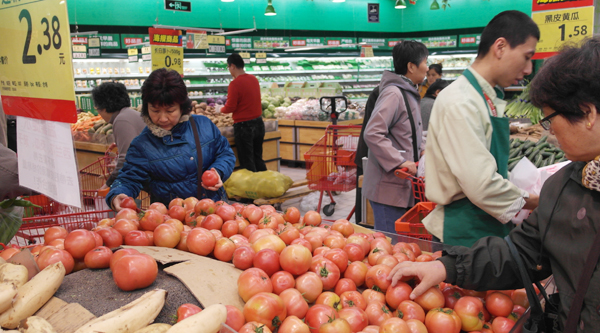 “It’s only natural. The Chinese market is practically the same as the Korean domestic market.”

Kim Bong-han, director at Amicell Cosmetics, explained why the company participated in the Korean products exhibition at Jinan, Shandong Province in China last weekend. The Daejeon-based company’s Midas brand is mostly supplied to beauty salons and shops in Korea, but it is now eyeing an expansion to the Chinese market. The free trade agreement between Korea and China inspired the move. “If the FTA is signed this year, as Chinese President Xi Jinping said, the barriers between the two markets would disappear. The company has been researching the Chinese market for two years, when the FTA deal started to be mentioned.”

Many of the 300 companies in the exhibition are knocking on the Chinese market for the first time. And the free trade agreement is urging small domestic market-focused businesses to try out the export market. The exhibition halls, spread out on two floors, reminded me of the meaning of integration. The walls of tariffs and other regulations are crumbling, and the Korean and Chinese markets are gradually becoming one.

The trend is also evident in manufacturing. Kotra’s chief representative to China Hong Chang-pyo said that the cooperation paradigm in the manufacturing sector is shifting from the “division of work” to “integration.” In the past, parts were made in Korea and the final product was assembled in China. But technological advancement in China has allowed most parts to be manufactured in China as well. The divided production processes are not consolidated in China, leaving little need for Korean exporters to operate production lines at home.

It was a customized marketing to supply parts to Haier. The fate of the integration paradigm in the manufacturing sector depends on whether Korean companies can expand supplies to Chinese companies. The answer is a multidimensional supply chain.

But if a product or service lacks a competitive edge, a bigger market and diversified supply chain would be meaningless. As the markets merge, companies that are falling behind may even lose the existing market to Chinese competitors. The companies with outdated technology would become marginalized. The integration paradigm is an opportunity and crisis at the same time. How should we respond? That is the question for Korean companies as the free trade agreement materializes.