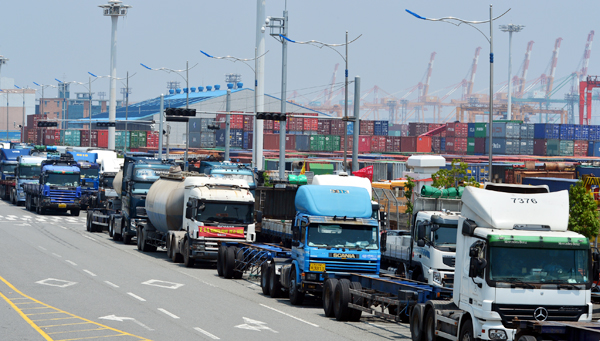 About 250 members of the Korean Cargo Transport Workers Union’s South Jeolla branch park their trucks on the side of the road in a one-day warning strike in Gwangyang, South Jeolla. The union, which is affiliated with the Korean Confederation of Trade Unions, said about 13,000 members participated in the strike yesterday. The union is threatening an indefinite strike to press its demands for an increase in shipping fees. It also is calling on the National Assembly to pass a package of laws guaranteeing the rights of freight workers. [NEWSIS]