At the top of his game

At the top of his game 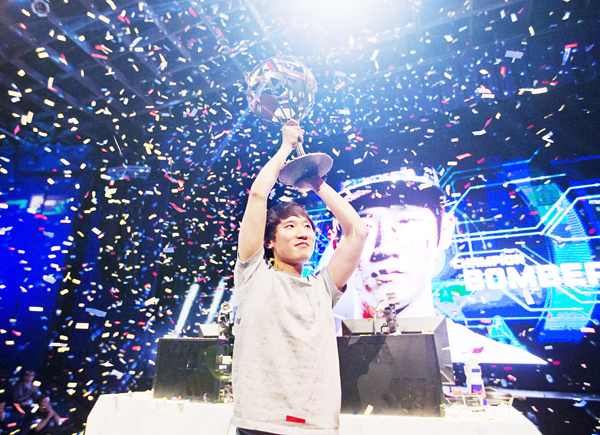 In this July 13, 2014, photo, Choi “Bomber” Ji Sung, raises the championship trophy after defeating Choi “PoLt” Seong-hun, both of South Korea, to win the Red Bull Battle Grounds “StarCraft II” video game tournament in Atlanta. Professional gamers and amateurs from the United States, Canada, China, South Korea and Australia competed in the three-day tournament of the science-fiction strategy video game “StarCraft II.” The contestants wear special noise-canceling headphones while spectators cheer in a live arena as announcers provide the play-by-play. Sung won the 128-player bracket and the $8,000 prize purse, advancing to the Battle Grounds Grand Finals that will take place Sept. 20 to 21 in Washington, D.C. [AP/NEWSIS]