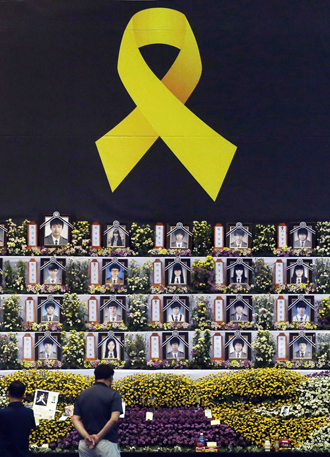 In August 2005, Katrina, the sixth-most intense Atlantic hurricane in history, swept up the coast of Louisiana in the southern United States. The wind was blowing at 75 meters (246 feet) per second, breaching levies and leaving more than 80 percent of the city underwater. It is considered one of the deadliest natural disasters in American history, killing more than 1,800 people.

The problem was that most of the victims were African-Americans. Two thirds of the residents of New Orleans are African-Americans, and neighborhoods with a high African-American population had poor sewage and drainage systems and sustained the worst damage. Government officials were criticized for their slow response.

Many people complained that the emergency aid would have arrived quicker and restoration projects completed sooner if areas with a white population were destroyed.

Pastor Ronald Braxton of the Metropolitan African Methodist Episcopal Church said Hurricane Katrina unmasked American society. After the disaster, people realized how they had been living differently in the same society.

It was a gift Katrina left in the ruins. The natural disaster inspired social awakening. African-Americans acknowledged their circumstances and began to demand changes for a better life.

It is what German sociologist Ulrich Beck calls “emancipatory catastrophism.” Bad events such as global warming could lead to good consequences. For example, climate change has caused the environmental and conservation movement to coalesce and focus on saving the earth.

Beck describes the good consequences as “social catharsis.” It is the process of turning hurricane damage into an issue of racial inequality and global justice.

But social catharsis does not spring up spontaneously. Efforts must be made to get rid of the sources of suffering. The endeavor could lead to revolutionary changes, which Seoul National University Professor Han Sang-jin translates as “frame reshaping.”

Beck’s idea of using catastrophe as a driving force for frame reshaping should be an inspiration to Koreans. It proposes a positive, future-oriented vision to everyone who sees the Sewol ferry disaster as a national failure. That’s why last week’s lecture by Beck in Korea garnered great attention. While his lecture was on climate change, attendees’ questions mostly were related to the Sewol ferry sinking and its aftermath.

From Beck’s perspective, the tragedy was about citizens’ fury and the government’s attempt to dodge accountability. The irresponsible attitude of the government aggravated national anger and revealed complete incompetence and ignorance.

However, from the perspective of the author of “Risk Society,” the Sewol ferry disaster was a manifestation of the problems inherent in Korean society. Just like climate change, people who are affected most by risk and those who make decisions to minimize risk belong to completely different worlds. Beck calls it “organized irresponsibility.” The essence of the tragedy is that the ship was already unsafe due to the collusion between the operator and supervising agencies, and passengers boarded the vessel oblivious to the danger.

The government and politicians initially flinched at the fury of the citizens, but they have gone back to their old practices already. Unethical and incompetent candidates are nominated for ministerial positions, and party nominations are made based on self-interest regardless of the voters’ will. Across our society, many other Sewol ferries are waiting for citizens to board.

Just as Beck points out, eliminating risk and taking steps to ensure the health and safety of our society and its citizens happen neither automatically nor overnight. That’s why we must not stop being angry. He emphasized the importance of not forgetting.

Citizens, the media, civil groups and every individual must remember and keep our eyes wide open. We have to be angry at the irresponsible government and politicians and express our fury.

*The writer is the international news editor of the JoongAng Ilbo.