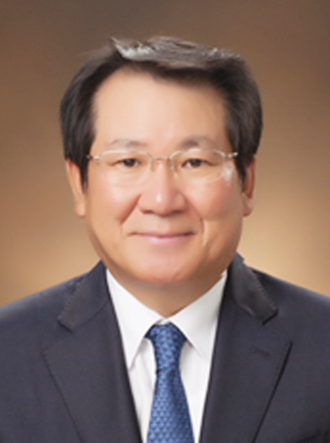 Kim Han-jo, Korea Exchange Bank president, has taken a more aggressive stance in trying to persuade employees of the benefits of an early merger with Hana Bank.

According to KEB, Kim sent a message to employees Monday stressing the need for discussion of the issue.

“It’s possible for the merger to be discussed in 2017, but by then the situation could be much worse,” Kim said in the message posted on the bank’s intranet bulletin board. “Instead of waiting until 2017 with all the uncertainties, it would be more advantageous for us to discuss the issue today.”

Kim stressed that if the merger discussion takes place when the bank’s position is more vulnerable and weaker, KEB would not be able to secure principles and conditions beneficial for its employees.

Hana Financial Group Chairman Kim Jung-tai first raised the issue of an early merger and drew an immediate backlash from the KEB labor union, which has been demanding that Hana Financial Group keep the promises it made when it acquired KEB in 2012 to guarantee independent management for five years.

KEB employees are concerned the merger could bring about a corporate restructuring that would mean layoffs and smaller paychecks. According to financial industry reports, the average annual salary of KEB employees is 89 million won ($86,664), the highest of any bank. Hana Bank had the lowest at 68 million won.

The KEB president also said the merger with Hana Bank is needed to create synergies that could help boost the bank’s profits.

“Other banks in the worsening financial environment have no other choice but to pursue a corporate restructuring involving the number of branches and workforce,” Kim said. “However, KEB and Hana Bank have the option of a merger that could create new profits and reduce costs that would amount to roughly 310 billion won ($301.6 million) a year.

“If the merger is necessary for the survival of the bank and overall financial group, we could secure more benefits from the profits that are generated from the merger whose date has been pushed up and share them among all employees.”

Kim said the promise that Hana Financial Group made to KEB’s labor union in 2012 shouldn’t be viewed as whole-life insurance policy.

“More solid guaranteed job security and work conditions could be won through discussion of an early merger,” he said.

On July 7, he sent a message to employees noting that an early merger with Hana Bank is inevitable considering the changing paradigm in the banking industry, deepening competition and worsening profitability.

But compared to the earlier statement, Monday’s message was a clear sign that top management at KEB will try to push through with an early merger with Hana Bank.