Son’s next hurdle is U.S. expansion

Son’s next hurdle is U.S. expansion 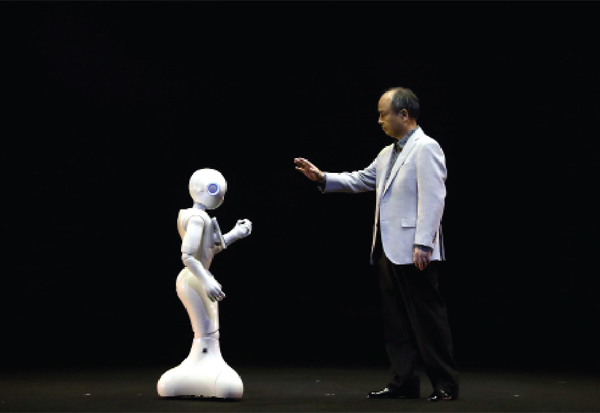 Masayoshi Son, chairman of the Japanese telecommunications company Softbank, is known to love a challenge. And for this year, his goal is to expand Softbank’s mobile communications subscribers to reach one billion, according to an interview with the Nihon Keizai Shimbun early this year.

Son, who has shocked the world with his competitive spirit, may be on his way to creating the international communications empire he speaks of.

Media including Nikkei, Nihon Keizai and Reuters reported Saturday that U.S. carrier Sprint Corporation, of which Softbank is the majority owner, agreed with Deutsche Telekom, which owns T-Mobile, to acquire the fourth-largest American mobile carrier.

When the deal worth $50 billion is official, Softbank, the largest shareholder of Sprint, will become the world’s second-largest mobile carrier with 150 million subscribers in Japan and the United States.

Currently, the world’s No. 1 mobile carrier is state-owned China Mobile with 700 million subscribers.

The third-generation Korean-Japanese Son started his entrepreneurial life in 1981 by establishing the software retailer Softbank.

According to the life plan that Son made when he was 19, the 57-year old chairman has just three years left to finish his work.

His initial plan was to make a name for himself in his 20s, prepare 100 billion yen ($984 million) of operating funds in his 30s, take up a challenge in his 40s, complete business in his 50s and hand his work down to the next generation in his 60s.

Son is aiming to create an international communications empire by looking to the Internet of Things and the robotics market based on communication technology.

Son believes mobile carriers can make profits with robots the same way they do with smartphones by applying monthly plans. The goal is for Pepper, which will be released in February for 2 million won ($1,947), to become part of the future of the mobile communications market.

Son has made it a priority to offer affordable services since he started the high-speed Internet network ADSL in Japan with Yahoo in 2001.

Son is focusing on the U.S. market as a survival strategy after the chairman decided that he could not only do business in the ever-shrinking Japanese market.

The number of subscribers has not been growing in Japan due to a low birth rate and aging population.

The U.S. market is an attractive prospect, since the 4G LTE mobile network is not widely used there. It is an ideal time for Softbank to enter the U.S. market since communications technology is shifting from 3G to 4G.

Son is holding out for the acquisition of T-Mobile and in the meantime is mobilizing all of his connections in the United States.

The chairman has been trying to persuade the U.S. Federal Communications Commission, which wants to keep its system of four separate mobile carriers - Verizon, AT&T, Sprint and T-Mobile.

“The LTE service in the United States is too slow and it is the worst in the world,” Son said recently. “If Sprint and T-Mobile are merged, I can provide cheaper and faster wireless Internet LTE services.”

Since Son promised the United States that he would not use telecommunications equipment from Chinese company Huawei as a condition to Softbank’s T-Mobile acquisition, he will likely succeed in persuading the FCC to allow his U.S. expansion.

The success of Son’s T-Mobile acquisition will be decided in the next two months.