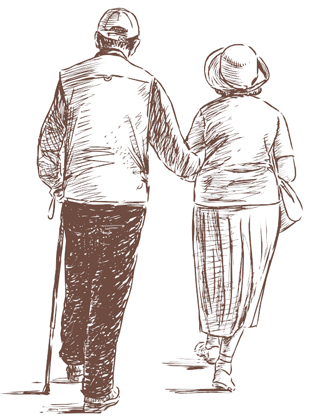 More than 90 percent of Korean workers who received their retirement pay in a lump sum before they had actually retired said they spent the money on major purchases such as houses or on marriage payments and general living expenses.

The workers who received their payments before they had actually left the work force had either moved to a new job or received an interim payment by asking to take back money they had put into a pension plan.

According to a survey last month of 2,950 workers over the age of 20 conducted by the Ministry of Employment and Labor and online job portal Job Korea, about 46 percent who received a lump-sum early retirement payment said they wished they had saved the money instead.

Of the respondents, 94 percent said they considered retirement pay an important source of income for when they are older, but they said they had no choice but to spend the money before retiring due to high housing prices and household debt.

When an employee aged 55 or older asks to retire, private employers have the choice to pay them a lump-sum amount or to put the money into a pension plan offered by a financial company, a bank, insurer or security firm.

Despite financial burdens, experts warned that workers should invest more in life after retirement and recommended subscribing to a pension plan besides the national pension. The government pension for people older than 65 is about 450,000 won ($436) per month, which isn’t even half of the average retiree’s living cost of 1.3 million won.

“Workers should urge their employers to subscribe to a retirement plan, because about a quarter of them end up not receiving retirement pay,” said Kwon Hyuk-tae, director general of the ministry’s working condition improvement division.

“Also, if young workers receive their retirement pay in a lump sum and use it up, their retired life will be financially difficult, which can be a serious issue in the fast-aging Korean society.”

Kwon added that the Labor Ministry and financial authorities are preparing to revise a 2012 law to require private employers to make a pension plan available to their workers.

Under the current law, only public servants and employees of state-run organizations are promised a retirement plan. The law also prevents workers from taking out interim payments on their retirement or from taking a one-time lump-sum payment when they retire.

There is no penalty for not subscribing to a pension program, so some companies refuse to give any retirement pay, using bankruptcy or unstable finances as an excuse.