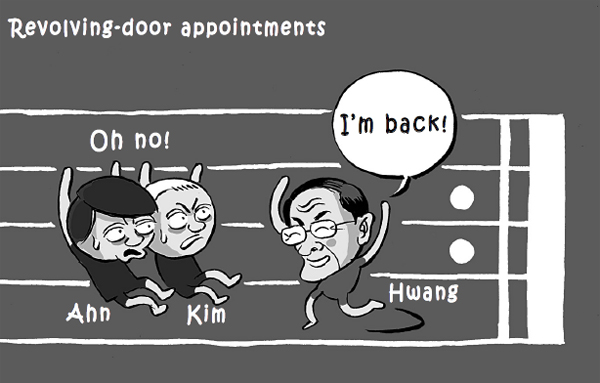 To the surprise of Ahn Cheol-soo and Kim Han-gill, co-chairs of the opposition New Politics Alliance for Democracy, former chairman of the ruling Saenuri Party, Hwang Woo-yea, has returned as education minister and deputy prime minister for social affairs after nominee Kim Myung-soo failed to pass the confirmation hearing.