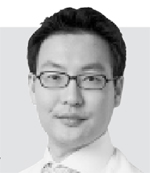 Recently, the Korean National Assembly introduced a bipartisan amendment to the Road Traffic Act in order to impose a heavier penalty on Move Over violations. The proposed amendment has two major changes: (i) to increase the maximum penalty for Move Over violations, which is a fine of up to 300,000 won ($29) or imprisonment less than 30 days, and (ii) to subject emergency vehicle operators to imprisonment up to one year or a maximum fine of 10 million won for unauthorized use of such vehicles.

In the United States, all 50 states have Move Over laws, which require motorists to change lanes and slow down for emergency and law enforcement vehicles. Currently, only Washington, D.C., does not have a Move Over law. In New York, every operator is required to avoid colliding with an emergency or hazard vehicle, which is “parked, stopped or standing” on the shoulder of a roadway, displaying one or any combination of white, red, blue and amber lights. Such operator must reduce speed and move to an open lane, if possible, in order to create a buffer space.

Failure to yield right-of-way is a traffic infraction under the New York Vehicle and Traffic Law and the penalty is a fine of up to $275, imprisonment up to 15 days, or both, if convicted. A heavier penalty is imposed for repeat violators: $750 or 90 days for three or more convictions within 18 months. It is also a moving violation and three points will be added to the violator’s driving record. If the total adds up to 11 or more, within 18 months, the driver’s license may be revoked or suspended following an administrative court hearing.

More revisions to the amendment are needed. First, penalty points should be added to guarantee more effective enforcement of the Korean Move Over law. Second, the “parked, stopped or standing” case should be added in order to protect emergency and law enforcement personnel on duty from traffic accidents. It is time to move over and slow down for emergency personnel so that they can make best use of the critical time of life for others as well as themselves.

* Attorney-at-law and adjunct professor at the Graduate School of Pan-Pacific International Studies at Kyung Hee University.