‘Allah’ is not for all

‘Allah’ is not for all 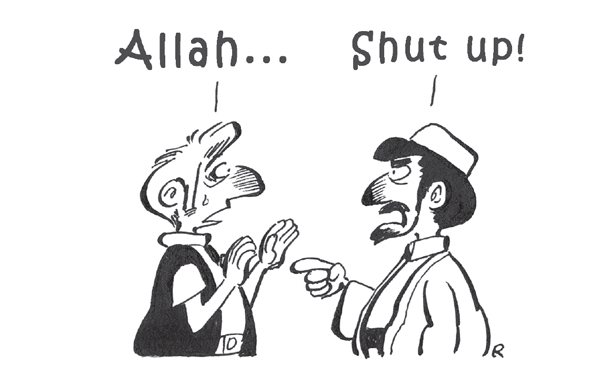 “Allah” is the Arabic word for God. It is derived from al-, meaning “the,” and ilah, meaning “deity.” It is equivalent to Adonai in Judaism and God in Christianity. But on July 7, Malaysia’s Supreme Court upheld a ruling that non-Muslims are prohibited from using the word Allah and that the term belongs exclusively to Muslims. The reasoning is that if Malaysians who use other languages refer to their god as Allah, Muslims could become mistaken and could even convert to another religion. So, in Malaysia, Allah is not the deity for all, but a god that only Muslims believe in. The controversy goes back a few years in the country, where religious conflicts are serious and where many Christian churches have been burnt by arsonists.

With a population of 30 million, Malaysia is a multiethnic, multicultural and multifaith country. While the Constitution stipulates freedom of religion, 60 percent of the citizens are Malays who are devout Muslims, so the actual national religion is Islam. Twenty-five percent are Chinese and 8 percent are of Indian descent. The largest religion among the minority groups is Buddhism, with 20 percent. Meanwhile, 9 percent are Christians and 6 percent believe in Hinduism. So whether you speak the Malay language in Malaysia or not, Buddhists, Christians and Hindus cannot utter the term Allah any more. In fact, in 2007, the Malaysian government banned the Catholic weekly The Herald, which is published in Malay, from using the term Allah to refer to God. Malaysians must use a foreign word instead.

The non-Muslim Malays are confused. While the country does not have an official religion, the government policy effectively brings Malay people together and maintains superiority over other religions. Former Prime Minister Mahathir Mohamad once pursued aggressive globalization and even attempted to select English as an official language for the nation. But the conservative swing - a global trend - didn’t miss Malaysia.

In Korea, the Catholics and Protestants believe in different gods. Catholics believe in Haneunim while Protestant Christians believe in Hananim. While Haneunim was the general term to refer to the Christian god when the religion was first introduced in Korea, Protestant churches differentiated their god by using a different spelling. Just as Allah is not for everyone, Haneunim is not the same god for all Christians. The Malaysian case is therefore not much different from the Korean situation.