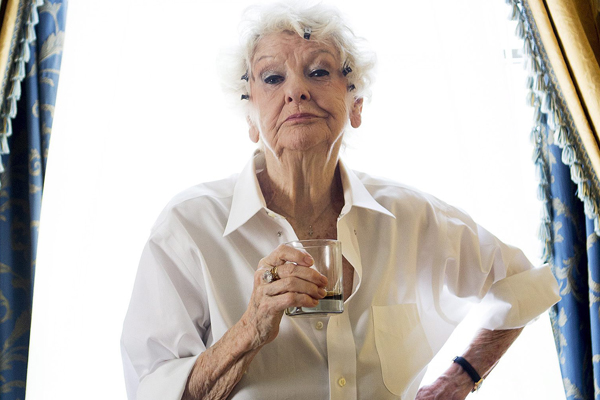 Elaine Stritch, a husky-voiced actress whose performances over six decades lit up New York’s Broadway and London’s West End and brought a touch of the profane to the stage with her brassy personality, died on Thursday at age 89.

Stritch, who also had Emmy-winning roles on the television shows “30 Rock” and “Law & Order,” died at home in Birmingham, Michigan, a suburb of her native Detroit, from natural causes, her spokesman said. She had suffered from diabetes for several years and had been in declining health.

Stritch worked with some of the stage’s greatest composers - from Noel Coward, who called her Stritchie, to Stephen Sondheim, who wrote what became her signature song, the show-stopping “The Ladies Who Lunch,” from the 1970 musical “Company.”

Her performances were not the only things that made Stritch a Broadway legend. She could be loud, blunt, demanding and profane. In a May 2013 interview with actor Alec Baldwin, Stritch agreed with his assessment that she was a “legendary pain in the ass.” She played the mother of Baldwin’s “30 Rock” character, TV network boss Jack Donaghy.

Stritch’s voice did not have great range but she brought emotion and impeccable timing to anything she sang.

After “Company” finished its Broadway run, Stritch took the Sondheim musical to London, where she ended up living for 13 years and married American actor John Bay. He died in 1982 after 10 years of marriage.

Her 2002 one-woman show “Elaine Stritch: At Liberty” won her a Tony, as well as an Emmy for the version that aired on cable’s HBO. Onstage, her costume - a man’s white oxford shirt worn over black tights - showed off her dancer’s legs.

She was blunt about her struggles with alcohol, talking about how she drank before taking the stage.

“I drank because I was scared - of my own ability and my talent,” she told the New York Times in 2002.

“I knew I had it and I did not know how to get it out. Booze helped me.”

The Broadway League said it will dim the lights on Broadway on Friday night to honor Stritch.