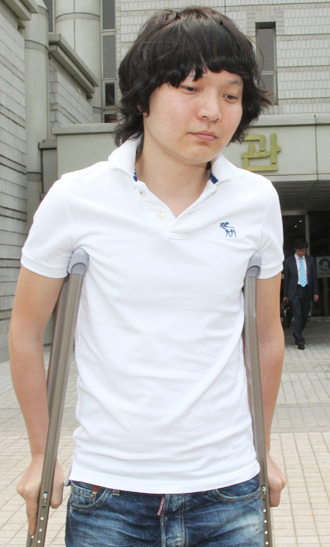 Entertainer Shin Jung-hwan, who was charged with fraud last month, reached a settlement with his accuser yesterday, according to the Seoul Jungbu Police Station.

Shin was sued by the parents of a 27-year-old man last month for receiving 100 million won ($96,800) in 2010 and promising them he would help their son make a debut in the entertainment industry with all the connections he has.

A few months later, in August 2010, Shin was indicted for spending money on illegal gambling overseas and was jailed in 2011 for eight months.

Police officials told local reporters yesterday that although the charge against Shin was dropped, they are going to continue with the investigation.

“Fraud is not considered a minor offense like defamation or contempt,” said the police official.

“Although we can take the accuser’s withdrawal of charges into consideration, the investigation will need to be continued.”

The 39-year-old Shin, who debuted in 1994 in the K-pop group Roo’ra, rose to fame as a member of the duet Country Kko Kko.