What to fear if China crashes

What to fear if China crashes 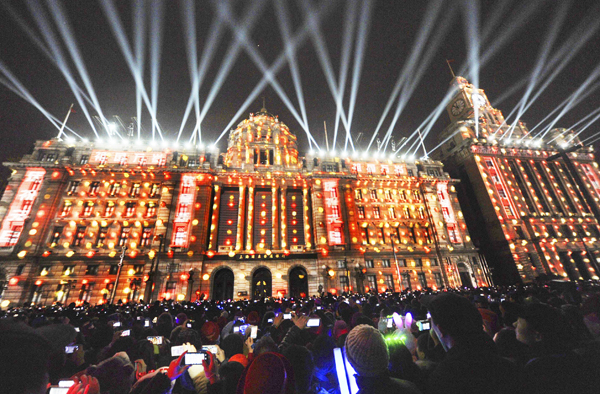 Visitors take pictures and videos during a light show as part of a New Year countdown celebration at the financial square on the Bund in Shanghai December 31, 2012. [REUTERS/NEWS1]

Few moments in modern financial history were scarier than the week of Sept. 15, 2008, when first Lehman Brothers and then American International Group collapsed. Who could forget the cratering stock markets, panicky bailout negotiations, rampant foreclosures, depressing job losses and decimated retirement accounts - not to mention the discouraging recovery since then?

Yet a Chinese crash might make 2008 look like a garden party. As the risks of one increase, it’s worth exploring how it might look. After all, China is now the world’s biggest trading nation, the second-biggest economy and holder of some $4 trillion of foreign-currency reserves. If China does experience a true credit crisis, it would be felt around the world.

“The example of how the global financial crisis began in one poorly-understood financial market and spread dramatically from there illustrates the capacity for misjudging contagion risk,” Adam Slater wrote in a July 14 Oxford Economics report.

Lehman and AIG, remember, were just two financial firms out of dozens. Opaque dealings and off-balance-sheet investment vehicles made it virtually impossible even for the managers of those companies to understand their vulnerabilities - and those of the broader financial system. The term “shadow banking system” soon became shorthand for potential instability and contagion risk in world markets. Well, China is that and more.

China surpassed Japan in 2011 in gross domestic product and it’s gaining on the United States. Some World Bank researchers even think China is already on the verge of becoming No. 1 (I’m skeptical). China’s world-trade weighting has doubled in the last decade. But the real explosion has been in the financial sector. Since 2008, Chinese stock valuations surged from $1.8 trillion to $3.8 trillion and bank-balance sheets and the money supply jumped accordingly. China’s broad measure of money has surged by an incredible $12.5 trillion since 2008 to roughly match the U.S.’s monetary stock.

This enormous money buildup fed untold amounts of private-sector debt along with public-sector institutions. Its scale, speed and opacity are fueling genuine concerns about a bad-loan meltdown in an economy that’s two and a half times bigger than Germany’s. If that happens, at a minimum it would torch China’s property markets and could take down systemically important parts of Hong Kong’s banking system. The reverberations probably wouldn’t stop there, however, and would hit resource-dependent Australia, batter trade-driven economies Japan, Singapore, South Korea and Taiwan and whack prices of everything from oil and steel to gold and corn.

“China’s importance for the world economy and the rapid growth of its financial system mean that there are widespread concerns that a financial crisis in China would also turn into a global crisis,” says London-based Slater. “A bad asset problem on this scale would dwarf that seen in the major emerging financial crises seen in Russia and Argentina in 1998 and 2001, and also be more severe than the Japanese bad loan problem of the 1990s.”

Such risks belie President Xi Jinping’s insistence that China’s financial reform process is a domestic affair, subject neither to input nor scrutiny by the rest of the world. That’s not the case. Just like the Chinese pollution that darkens Asian skies and contributes to climate change, China’s financial vulnerability is a global problem. U.S. President Barack Obama made that clear enough in a May interview with National Public Radio. “We welcome China’s peaceful rise,” he said. “In many ways, it would be a bigger national security problem for us if China started falling apart at the seams.”

China’s ascent obviously preoccupies the White House as it thwarts U.S. foreign policy objectives, taunts Japan and other nations with territorial claims in the Pacific and casts aspersions on America’s moral leadership. But China’s frailty has to be on the minds of U.S. policy makers, too.

The potential for things careening out of control in China are real. What worries bears such as Patrick Chovanec of Silvercrest Asset Management in New York is China’s unaltered obsession with building the equivalent of new “Manhattans” almost overnight even as the nation’s financial system shows signs of buckling. As policy makers in Beijing generate even more credit to keep bubbles from bursting, the shadow banking system continues to grow. The longer China delays its reckoning, the worst it might be for China - and perhaps the rest of us.