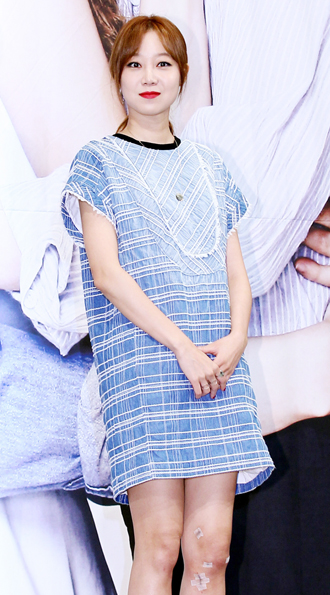 Gong Hyo-jin, who is currently filming for the upcoming SBS drama “It’s Okay, That’s Love” expressed gratitude to her Chinese fans on her Weibo account yesterday after they sent food to her and the show’s crew.

Chinese fans sent a truck to the set in Daegu last week filled with food for 120 staff and actors to show love for their favorite actress during filming.

“Thank you, it was a very delicious meal,” she wrote on her online account. She also posted a photo of herself taken in front of the food truck.

The drama is set to air on Wednesday. In the show, Gong plays a psychiatrist named Ji Hae-su, who has a warm heart but comes across as strong and ill-tempered.

Since Gong has played more romantic roles in her previous work including MBC drama “The Greatest Love” in 2011, fans are waiting to see whether her new chic character will suit her.