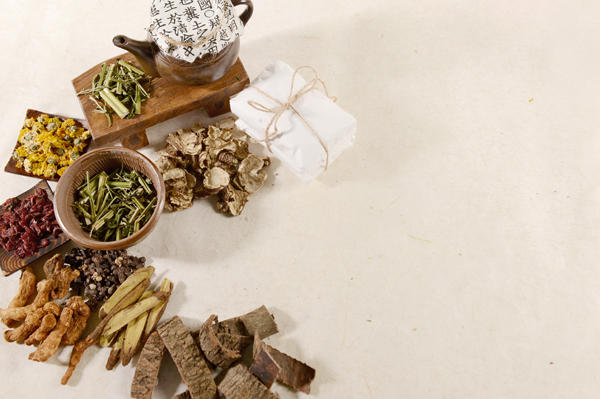 Who wouldn’t want to live a long and healthy life? The kings of the Joseon Dynasty (1392-1910) certainly did, and so they sought primary access to what’s known to be good for the human body, including top-notch medical services.

In the National Palace Museum of Korea’s newest exhibition, “The Birth, Aging, Illness and Death of the Royal Family of the Joseon Dynasty: Guarding against Diseases,” details of the evolution of medical sciences in the Joseon era are shown.

The exhibition mainly focuses on how kings in Joseon were influenced by medical developments. It shows medical books they read and wrote, how they organized a hospital within the royal palaces and the list of food items they gathered and received from across the country.

“In the Goryeo era (918-1392), a family of royal doctors handed down jobs to the sons and grandsons, so the medical system for the royals were not strategically set up,” said museum curator Park Hyeon-joo, while showing a copy of the epitaph of Choi Sa-jeon (1067-1139), who served as a royal doctor.

“Then, as you can see throughout the exhibition, in Joseon the system turned to select talented doctors through tests.”

Above is an eight-panel folding screen, which celebrates the crown prince’s recovery from smallpox. A white porcelain medicine kettle, middle, has a silver cover to check if the fluid inside is poisonous. The far right photo shows a human figure with acupuncture points used at a royal palace. Provided by the museum

To show what medical services were needed throughout the course of a king’s life, the exhibit first presents jars that preserved the placenta of the crown princes and kings. Where to bury the jar was an important issue as it was believed to affect the king’s health and length of life. Park explained that even for ordinary citizens at the time, burying a jar in a good place would make a boy become a high-level civil servant and a girl have a happy marriage.

Although many people seemed to have a hard time understanding the books in the exhibition, as most are written in Chinese characters or an earlier form of hangul, these are the highlights of the two-month exhibit.

Kings were not only the recipients of the era’s best medicine, but they also tried to be physicians as well. King Taejo, King Jeongjo, King Sejong and many more focused on sharing their knowledge of medical sciences with the public so that ordinary people could learn how to prevent themselves from getting sick. A copy of “Suminmyojeon,” King Jeongjo’s medical book, states symptoms of diseases often seen in the country and explains how to get better. “Uibangyuchwi,” a classified collection of medical prescriptions completed in 1477 during the reign of King Seongjong, shows many medical theories that were studied outside of the country, as well as what food and lifestyle would keep people healthy. 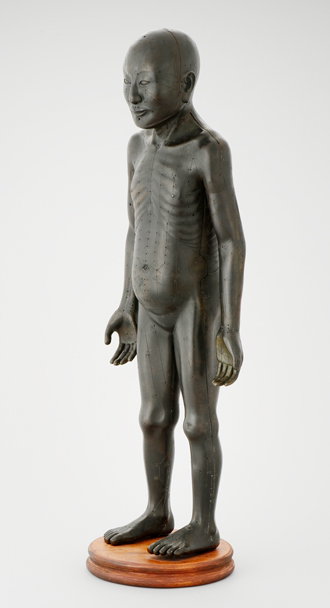 “Because kings had power to access this medical information and had the ability to understand it, they tried to study them and then selected some tips that Joseon-era people could relate to and use in their everyday lives,” said Park.

The exhibition is put together with the local pharmaceutical company Handok as it approached the museum for a special exhibition early this year in celebration of the 50th anniversary of Handok Museum of Medicine and Pharmacy, which the company set up to explain Korea’s medical history. The company decided to make a special exhibition to curate ancient artifacts with the palace museum.

Out of 120 items displayed at the exhibit, almost 50 are from Handok’s collection, while the palace museum brought 40. Other local groups also contributed to the show.

The museum has also prepared an opportunity to make an herb medicine just like it in ancient times.

Visitors can make medication to help with digestion at a lecture room in the museum’s basement, and the session will be offered four times on Aug. 7, Aug. 21 and Sept. 3.

While there is a hands-on program for novices to medicine, special lectures are lined up for those who wish to know more about medical practices at royal palaces. On Aug. 1, local medical professors will explain more about lives of doctors and nurses at palaces for two hours from 2 p.m. at the museum.

The exhibition lasts until Sept. 14 at the National Palace Museum of Korea in central Seoul. The museum opens at 9 a.m. from Tuesdays to Sundays and closes at 6 p.m. on weekdays and 7 p.m. on Saturdays, Sundays and holidays. The museum is closed on Mondays. Admission is free. To get to the museum, go to Gyeongbokgung Station, line No. 3, exit No. 5. For more information, call (02)3701-7500 or go to www.gogung.go.kr.