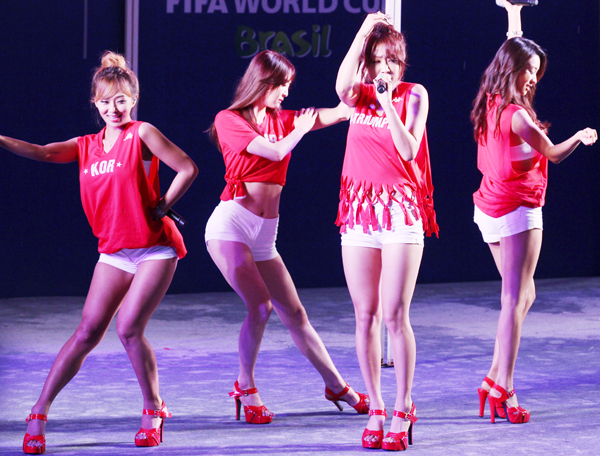 Popular girl groups with a sexy image are making a comeback this week.

Sistar will unveil its new song today and Hyun-A of 4Minute will follow up with hers on Friday.

Sistar, whose new songs “Loving U” and “Give It To Me” have gone to the top of the local music charts, will release a new song titled “Touch My Body.”

The video for the new song will feature a sensual but funky performance.

Hyun-a will release her third mini album “A Talk” on Monday. But before the release, she will make a comeback performance on Friday on the KBS music show “Music Bank.”

Since the solo act is her first performance in about a year and nine months, many fans are waiting to see how she will charm them this time. Her most recent single was “Ice Cream” in 2012.

On the upcoming album, the singer also helped write lyrics for three songs.