Moves on a chessboard

Moves on a chessboard 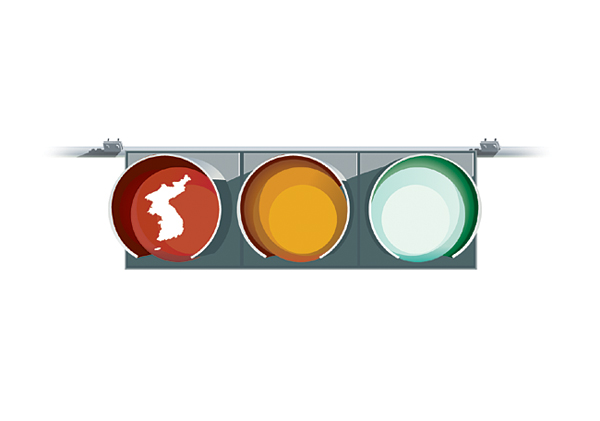 South Korean President Park Geun-hye excels in two areas: winning elections and diplomacy. Her approval ratings rebound every time she returns from overseas trips or international summits. Her approval ratings again recovered after Chinese Xi Jinping made an unprecedented visit to Seoul without first visiting the North, as was customary for previous Chinese leaders. She has proven herself in statesmanship time and again.

But the same accolade does not go to the government’s overall performance in foreign affairs. Despite self-congratulations over Xi’s snubbing of Pyongyang on his first visit to the Korean Peninsula, little was actually gained from the recent summit. Beijing commented that Xi’s trip to Seoul had been short but fruitful. But pundits were disappointed. Xi may have earned points with average Koreans with his neighborly charm, but gave nothing of significance to Seoul on inter-Korean relations, a joint stance toward Japan’s nationalism or a pan-Asia security network.

Regardless, the summit made others even more unhappy in the midst of ever-changing rivalries among global powers and neighbors in the region. Washington, with U.S. President Barack Obama’s highly-publicized pivot to Asia, is most displeased. It cannot but grit its teeth at Seoul’s renewed relationship with Beijing despite repeated assurances of its commitment to traditional ties with Washington. It grumbled about the red-carpet treatment afforded the Chinese leader. Washington bluntly opposed Seoul’s joining the Asian Infrastructure Investment Bank, a regional bank proposed and largely sponsored by China. Washington’s anxieties are understandable given its long-standing alliance with Seoul. At the same time, it is a reality check of Seoul’s status quo, helplessly squeezed between the world’s two major powers.

Then there is Japan. Prime Minister Shinzo Abe surprised Seoul and Washington by suddenly announcing that Tokyo will ease sanctions on North Korea in a deal with Pyongyang to solve the issue of Japanese abducted by North Korea. Some believe Tokyo and Pyongyang could a strike a deal to normalize diplomatic ties within the year. The move comes amid a bottomed-out Seoul-Tokyo relationship due to a string of alarming actions by Prime Minister Shinzo Abe: reinterpretation of Japan’s pacifist constitution to allow greater use of military force, territorial assertiveness and a revisionist attitude toward past misdeeds including the comfort women issue. Abe further irked Seoul and confounded Washington by saying that American forces in Japan cannot help in case of a problem on the Korean Peninsula without permission from Tokyo.

Russia is deeply involved in the power game. Ever since Seoul joined the Western led international condemnation of Moscow’s annexation of Crimea, Russia has decisively turned to its old friends North Korea and China. To Pyongyang, Moscow offered to write off $9.87 billion North Korea owes from the days of the former Soviet Union and signed new trade deals and an agreement on settlement in Russian rubles. A neo-Cold War front has formed against the U.S-led alliances in the region. This puts Seoul in an awkward position as it has long envisioned security with Russia in a greater vision called the Eurasia Initiative.

Recent moves of the four global powers have been dizzying. At the crossroads sit the two Koreas. Further progress in Seoul-Beijing ties has been hampered by Pyongyang. Accepting Beijing’s overtures has chilled ties with Washington. Tokyo and Moscow have been less subtle in flaunting the North Korea leverage toward Seoul. The constraints in our status quo due to North Korea have never been so clear.

If the inter-Korean relationship is the problem, it also is the answer. If peace is established between the two Koreas, we would be less bothered by other countries using their leverage with North Korea. We would also have little reason to feel caught between the U.S. and China. We would be better positioned to develop ties with Beijing and Washington in a more constructive and mutually beneficial direction. Tokyo and Moscow would have nothing to hold over us.

If we do not aspire to unilaterally absorb North Korea into our system as Pyongyang worries, we must work with North Korea to find other ways. Improvement in inter-Korean relations and peace in the region are the starting point to lasting peace and stability in northeast Asia.

Seoul still places a higher priority on relations with Washington and Beijing over Pyongyang. This is why South Korea continues to be bothered by any changes on the geopolitical chessboard. President Park has been right in envisioning trust-building with North Korea as the ultimate step towards a unification that could serve as windfall for both Koreas as well as the region. We must radically do away with the old ideological way of thinking - isolation, pressure, and sanctions - and instead try to work out problems based on compassion, empathy, cooperation, and common sense. That is the only way Park can truly become a successful stateswoman.