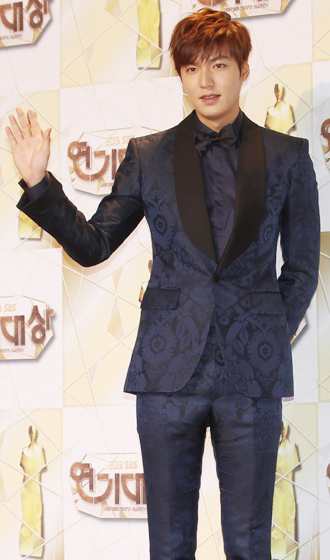 Actor Lee Min-ho, star of the SBS drama “The Heirs” and KBS drama “Boys Over Flowers,” will begin a global tour in September, according to Lee’s agency, Star House Entertainment.

“Lee will meet with fans through this tour,” said the agency. “The tour was planned to thank fans here and overseas who have constantly requested [a chance to meet him].” This year’s global tour is named “Re:minho,” a spinoff word the agency created to hint that the actor is rebooting his career for a new start.

Although the details have not been worked out, the agency said Beijing and Tokyo will host Lee’s fan meets and the tour will start in Seoul.

Lee did his first global tour in 2009, when it was rare for an actor to undertake such an endeavor. However, he attracted multitudes of fans wherever he went, and in last year’s global tour of eight cities, he met with a total of 52,000 fans.