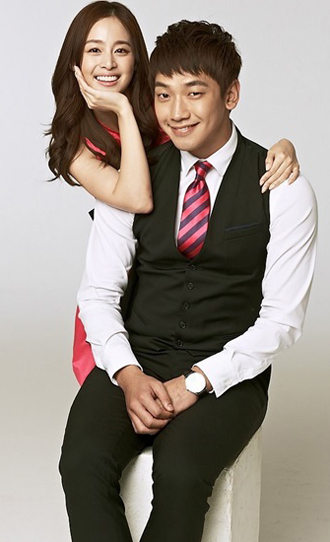 Singer and actor Rain, whose real name is Jung Ji-hoon, reportedly has been baptized.

The celebrity, who has not been involved in religious activities, has been dating actress Kim Tae-hee of the SBS drama “Jang Ok Jung,” who is Catholic.

It is said he was baptized earlier this month at a Catholic church in Gyeonggi. His family, friends and Kim attended the ceremony, according to Ilgan Sports, an affiliate of the Korea JoongAng Daily.

Kim is known as a devout Catholic, and many speculate Rain decided to join the church because of Kim’s influence and question if the couple are one step closer to tying the knot.

However, Rain’s agency, Cube DC, has said it’s too soon to say if wedding bells will be ringing.

“It is true that Rain recently has been baptized, but that has been planned for a long time,” said the agency. “Such a move was not to tie the knot with Kim.”