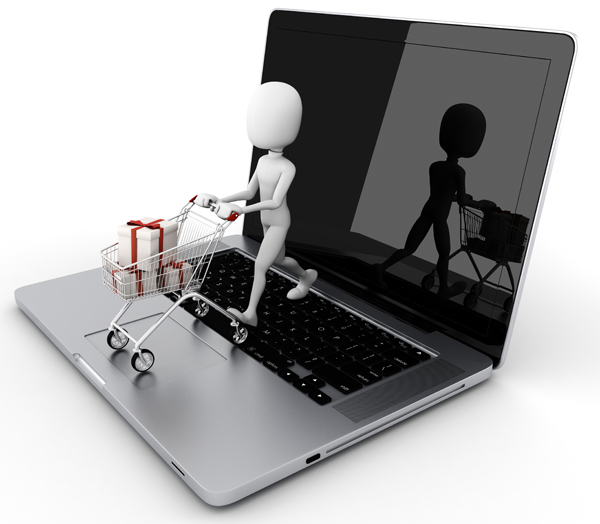 Like countless Koreans, the 23-year-old searches the web to find recommendations on places to go for coffee or for a meal.

But as a canny netizen of a highly wired society, Ahn avoids falling into the trap of advice from paid bloggers.

Her number one tip is to avoid using matjip as a keyword in a search.

“You should never type the word matjip,” says Ahn. “Never.”

Matjip roughly translates to good eatery or delicious restaurant in Korean. Ahn is well aware that matjip is used by paid bloggers on the Web and lost its credibility years ago.

Instead, she types in ordinary keywords like “lunch at Hongik University” or “lunch with oppa.” Oppa literally refers to an older brother but it is also used to address one’s boyfriend.

She scrupulously avoids postings of so-called power bloggers, influential bloggers who have hundreds and thousands of visitors per day.

Plaques given to influential bloggers from major web portals like Naver, Daum and Tistory. The web portals choose quality bloggers based on their content each year. Since each influential blogger has hundreds or thousands of daily visitors, advertisers and marketing companies consider them a main target when promoting new products or services. Based on their huge number of loyal followers, however, some bloggers abuse their blog titles to get goodies, from free food to trips abroad to the latest IT gadgets. Provided by JoongAng Ilbo

Power blogger is a term coined by Naver, the country’s largest web portal, which also provides blog templates. But it has caught on to describe ordinary bloggers who have a high number of visitors.

Some of them are not to be trusted, Ahn says.

“We often call them power blogger-jis, not power bloggers, because they are paid by companies to write good reviews,” added Ahn.

The “ji” at the end references the Korean word for beggar, geoji.

The expression is used to disparage bloggers who get freebies from cafes, restaurants and other public places by promising flattering write-ups on their influential blogs, some of which have thousands of daily visitors.

The newly coined term first surfaced in 2011 after a series of blogger scandals in which some popular bloggers sold products to their visitors based on their fandom.

They pretend to be sharing word of their favorite products - from electronic goods to kimchi to mackerel - but the bloggers are really middlemen connecting private companies with the buying public, for which they receive commissions.

One of the bloggers earned 800 million won ($784,313) in commissions in a single year for selling products of 17 companies.

After the blogger was exposed, the Fair Trade Commission, the nation’s anti-trust agency, came up with guidelines for bloggers.

When free products or financial rewards are given to bloggers, they should admit that fact in their postings.

The rule has been updated recently. The FTC said last month that bloggers should clarify what type of reward they get - from cash to certificates to points in loyalty programs - at the beginning or the end of the posting.

The font used for that notice should be bigger than that of the main text. Bloggers who violate the rule face fines.

But the FTC admitted there will be no regular monitoring.

Anecdotes of spoiled bloggers or blogger-ji go on and on. The most recent one to go viral on the web was a blogger living in Jeonju, North Jeolla.

The man in his mid-30s dedicates his blog to matjip, or good restaurants. He had about 3,000 daily visitors.

What got him into a trouble was a posting about an all-you-can-eat barbecue place.

In the posting uploaded last week, he wrote, “I just ate five pieces of meat and thought the restaurant wouldn’t charge me for eating only five pieces.”

But he had to pay 14,000 won, which is the full price of an adult’s dinner, and he continued, “I’ve never seen such an ungenerous place. I don’t want to visit the restaurant ever again.”

A report on the Jeonju blogger ranked as one of the most read stories all day on major web portals. Thousands of Internet users left comments, mostly negative. They accused him of abusing his power as a blogger in criticizing the restaurant.

One Internet user wrote, “I’m blogging because I love to write and share things I have experienced but I hate seeing people like him. These people disgrace all other bloggers who write without being paid.”

Another Internet user wrote, “These people think their cameras and their blogs are the ultimate weapons.”

Hong Seok-chun, a television personality who owns numerous restaurants in Itaewon, central Seoul, said on a talk show that he is having a hard time dealing with bloggers.

“They ask me for money for writing favorable reviews but I turned them down. Then they began to write scathing reviews of my restaurants,” Hong said during last week’s “Witch Hunt” on JTBC.

After the 2011 blogger scandals, some Internet users go wise. But many others are still fooled by phony or extortionate blog postings.

“Younger people, especially people in their 20s, don’t believe in blog postings,” says Jackie Shin, who’s been operating a public relations agency over the past 12 years in Seoul. “So we try to find out less commercialized people who can endorse products instead of bloggers for consumers in their 20s.

“But online users in other age groups still believe the paid postings. That’s why companies still need them,” Shin adds.

A year-long lawsuit that came to an end in March between a restaurant in Busan and a blogger shows how bloggers are still important in terms of marketing.

A man opened a Japanese fine dining restaurant in Busan in July 2012 but a famous blogger visited the restaurant and slammed it in an online review. Reservations were canceled and the restaurant shut down a few months later.

The Busan court ordered the blogger to compensate the restaurant owner 10 million won.

A PR company employee whose main duty is contacting bloggers says, “We have lists of bloggers in each category from food to beauty to living based on their blog traffic and the number of visitors.”

You can buy a posting by an average blogger for 50,000 won but a famous blogger earns up to 300,000 won per posting. That’s chicken feed for big companies, though.

“A company usually hires 30 bloggers at a maximum for the launch of a new product but the marketing budgets used for bloggers are still not that big,” said Shin.

Companies that proclaim themselves as experts in social-networking service marketing are the main corruptors of bloggers.

They pay bloggers in cash for writing reviews and some actually take over blogs with regular readers.

This reporter’s blog, which only gets around 100 visitors per day, received numerous offers from SNS marketing companies.

The blog-rating systems of the country’s web portals spoil bloggers, especially those who want to rake in some fast money.

Major web portals such as Naver, Daum and Tistory spoil the bloggers who produce quality content in order to attract people to their portals.

Of all the three portals, the “power blogger” title from Naver exerts the strongest influence as it is Korea’s largest web portal, with more than 73 percent of the search market-share. Although power bloggers only get nominal rewards from Naver like a small trophy and loyalty points, the honor will attract lucrative offers from companies.

A power blogger is invited to launch parties and can get new products before the general public. A few of them publish their own books, like cookbooks or travel guidebooks.

Naver once bestowed the power blogger title on 1,000 bloggers but NHN, Naver’s operator, has decreased the number of power bloggers to 400 last year and 200 this year.

Naver has been scared off by the bad publicity surrounding power bloggers.

With a committee comprised of outside experts, NHN said it tried to adopt strict rules in bestowing power blogger titles.

Under the rules, power bloggers who are paid to write reviews started losing their blogger titles starting in 2011.

Analysts say advertisers are also responsible for turning the blogsphere into the Wild West.

“They consider a blog not as a communication tool but as another sales platform to promote their products and service,” says Kim Wi-geun, a researcher at Korea Press Foundation. “The 2011 power blogger scandal was big news but no one really reflected on the things they did wrong. Because of that, some bloggers could abuse their title.”

People normally start blogging out of sheer enthusiasm for certain things. And some of them happen to become influential bloggers. No matter how many visitors they have, bloggers have to keep producing content, but few have any way of getting paid other than running ads on their site. Bloggers say the ads don’t bring in enough income to compensate for producing quality content.

This is where the bloggers start relying on getting paid for reviews.

The Korea Blog Business Association has been insisting that influential bloggers should be registered as Internet media entities.

“Blogs can’t remain private,” says Bae Dong-ryul, a blogger in his late 30s. He’s been operating a blog dedicated to restaurants since 2004. He was chosen as a power blogger by Naver for many years until last year. He has a day job, though.

About 62,700 Internet users are registered as his so-called “neighbors,” who receive updates from Bae on a real-time basis.

“The nature of the blog is sharing things with others,” Bae adds. “But there are numerous people out there who want to use your blog commercially. Because of this, the blog can’t be fully your own.”

Kim Kyung-wu, who’s been operating a photo and travel blog on Naver since 2006, is well known by his nickname Woosra. He was a power blogger between 2009 and 2012.

A full-time blogger, Kim lectures on photography and is paid by travel agencies to lead groups teaching people how to take nature pictures. He is also working on a book about photography.

Since getting involved in commercial activities, he was stripped of his power blogger title in 2013. But his blog is still packed with useful information about photography.

“I think almost no bloggers, whether they are power bloggers or bloggers with a large number of visitors, can be free from being commercial,” says Kim.

“Let’s say I visit a country courtesy of the country’s tourism organization,” he says. “I receive no money but I will upload posts about the trip. Then it becomes commercial.

“For me, blogging is making my own portfolio or archive,” he continues. “The blog happens to bring me the chance to publish a book or give lectures. This type of blogging is recommended. But blogging sheerly for money will eventually break down the ecosystem of the blog industry.”

What is needed is a consensus on ethical blogging, according to bloggers and industry insiders.

“If the bloggers don’t tell visitors that they write paid reviews, there’s no way we can know,” says Kim Jeong-ki, a team head at the consumer safety information department of the FTC.

“It sounds so trite but it’s up to each individual blogger’s conscience because we can’t monitor all the blogs,” he adds.

Kim, the researcher at Korea Press Foundation, agrees. “Many power bloggers are, in fact, doing no wrong. But some bloggers simply wish to earn money by blogging and there seems no way to crack down on them.

“Each individual blogger should think about his or her responsibility if they sell something through their blogs,” says Kim.