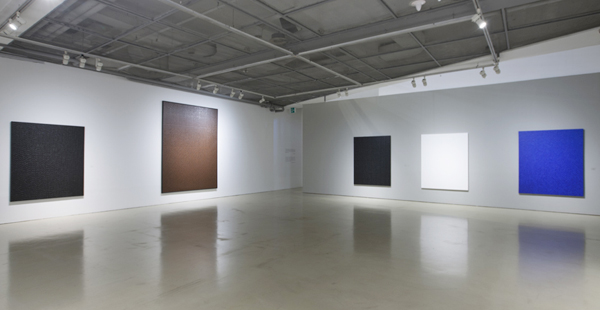 To July 30: Abstract paintings with minimal color and unusual textures, called dansaekhwa, dominated the Korean art scene in the 1970s. In this solo exhibition, 82-year-old Chung Sang-hwa, one of the nation’s most important dansaekhwa painters, presents 45 single-color paintings that include works since the 1970s showcasing his four-decade oeuvre. Chung paints kaolin on a canvas and waits until it dries completely. He then folds it up, which generates numerous cracks that make natural patterns, before embarking on a removal process. After nearly a month of work, he paints each pattern and repeats the removal procedure. Each work takes one year in all.

To Aug. 2: Jina Park’s solo show features her latest 20 paintings, which depict typical scenes in airports - people lining up for their baggage or awaiting a loved one’s arrival. “The new works in the airport series take the airport as somewhere in particular, in the sense that it does not belong to anywhere between one’s departure and arrival,” the gallery said in a press release. “The exhibition, entitled, ‘Neon Grey Terminal,’ also expresses the particular color tones of airports that the artist came to realize.”

Admission is free. The gallery is closed on Sunday. Go to Cheongdam Station, line No. 7, and exit No. 14. 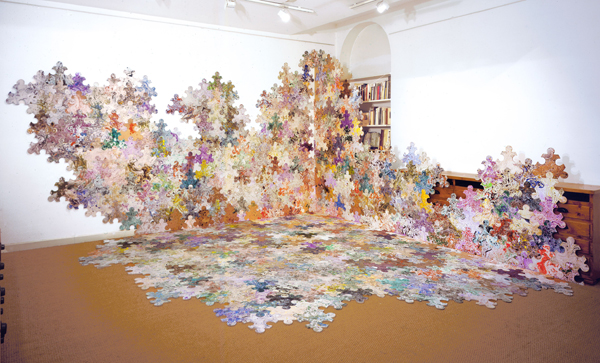 To Aug. 9: “Italy” is a group show of promising Italian young artists, designed by guest curators Angelo Gioe and Maria Rosa Sossai. The title implies skepticism about Western-oriented modernity and belief in a linear progress of history. The exhibition, featuring 22 Italian artists born between the mid-1960s and mid-’80s, shows the expressive changes of new Italian artists. According to the museum, the show is a process of analyzing the Italian art scene through five separate sections - “Uninventing modernity,” ”Plurality of worlds,” “Parallel cosmograms,” “Policies of nature” and “Thinking about the present.”

Opening hours are from 11 a.m. to 7 p.m. Monday to Saturday. The art space is closed on Sundays. Travel to Cheongdam Station, line No. 7, exit No. 9, and walk for 10 minutes.

To Sept. 28: “The Treasures of Kansong” is the first exhibition of the Kansong Art Museum’s collection outside the museum itself. Established in 1938, Kansong is Korea’s oldest private museum and previously only opened its doors to the public twice a year for a fortnight at its home in Seongbuk-dong, northern Seoul. Exhibition organizers recently replaced one-fifth of the 100 artifacts on display. Among the new works on display is “A Beauty” by Joseon painter Shin Yun-bok, one of Korea’s most beloved paintings that has inspired many films and television shows.

The exhibition opens every day at 10 a.m. It closes at 7 p.m. on Tuesdays, Thursdays, Saturdays and Sundays. On Wednesdays and Fridays, the show stays open until 9 p.m. The plaza is closed on Mondays. 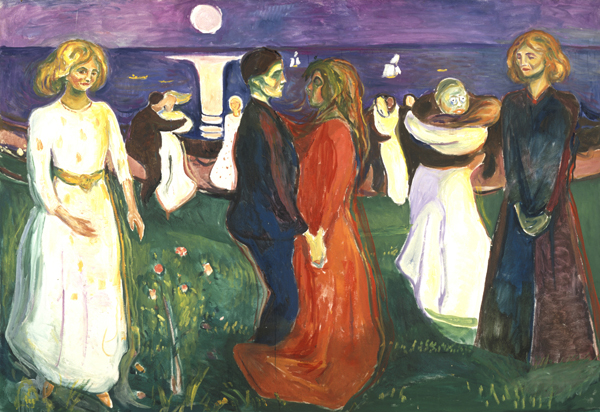 The exhibition of the expressionist and general modern art pioneer includes the lithograph version of Munch’s iconic “The Scream” and 98 other pieces by the artist, including paintings like “The Kiss,” “The Dance of Life” and “Starry Night.”

The exhibits are on loan from the Munch Museum in Oslo.