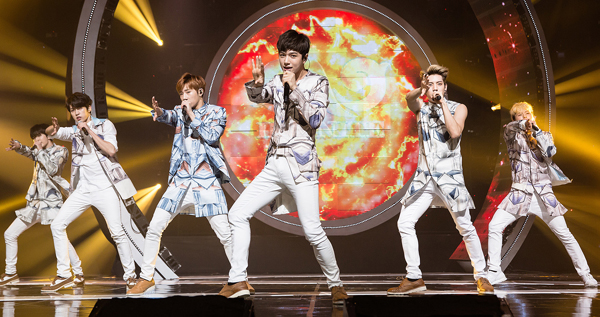 Boy group Infinite is returning to their motherland after a world tour and will hold concerts for Korean fans. See MUSIC, left. Provided by the organizer

Aug. 2, 9 and 16: Internationally known cellist Chang Han-na reached global fame when she ranked first at the fourth Rostropovich International Cello Competition when she was just 11 years old. Now, Chang unleashes her skills as a conductor to bring the works of Debussy, Stravinsky and other composers to life.

Aug. 7 to 16: Seven boys hotter than the sun are here to liven up your summer. Infinite, a boy band that debuted in 2010, returns to Korea after successfully completing their “One Great Step Returns” tour of 15 countries and 21 cities. With their recently released second regular album “Season 2,” fans can expect to hear the group’s most recent songs, such as “Last Romeo,” along with hit songs “Paradise” and “Tic Toc.” There will be seven performances.

Aug. 9 and 10: If summer concerts could come in a gift package, it would look like JYP Nation-One Mic. Singer and head of JYP Entertainment Park Jin-young brings his agency’s singers together for a collective concert. With a wide array of singers and genres that anyone can enjoy, this concert guarantees a fun time for all. Newly debuted singers Baek A-yeon, 15& and GOT7, and K-pop sensations 2PM and Miss A will be rocking the stage. Park Jin-young will perform his old hits as well. A total of eight singers and groups are expected to perform during these two special nights, making it a fun occasion for friends, fans and lovers alike.

Aug. 23 and 24: Can summer nights get any sweeter? “Someday,” a concert series that has staged collaborations of Korea’s best live performers since March, continues to wow audiences - this time with IU & Vibe. 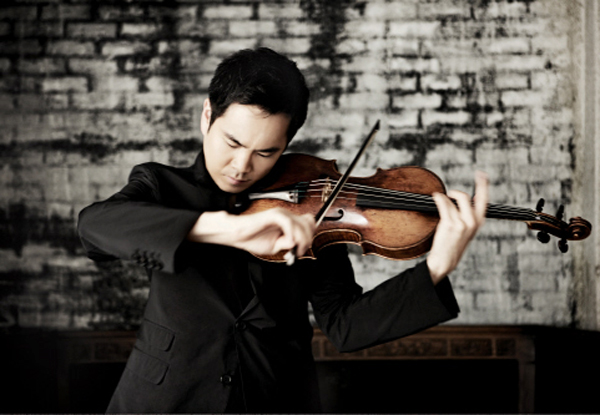 Sept. 20 and 21: Get ready to greet fall with cool breezes and classical music. There are many things to look forward to in this concert. First, classical violinists Richard Yongjae O’Neill and Shin Zia will perform together. Japanese New Age pianist Yuhki Kuramoto, who has sold out his shows, will meet Korean pianist Yiruma onstage.

The magic continues the following night, but this time with vocals. Experience a whole new world on the green grass as four singers perform classic Disney songs with the Ditto orchestra. This will be a more relaxed and open environment for kids to enjoy music and nature, making it a good event for the whole family. Concerts start at 6 p.m. Aug. 20 and 5 p.m. Aug. 21. Olympic Park Station, line No. 5, exit 3.

To Aug. 3: Based on Betty Comden and Adolph Green’s original story, leading K-pop artists Baek-hyun of Exo, Kyu-hyun of Super Junior and Jay of Trax all play the main character, Don Lockwood, while Sunny of Girls’ Generation is in the role of Kathy Seldon.

To Aug. 3: “Mozart!” is the first Austrian musical introduced in Korea. Its first performance in 2011 filled up all of the seats at Sejong Grand Theater and sold out the following year, proving its incredible popularity. Im Tae-kyung, Park Eun-tae and Park Hyo-shin play the musical prodigy Mozart, who goes on a musical and emotional roller-coaster ride.

To Aug. 31: Two drag queens and a transgender woman retell their stories of people they’ve met in their lives and the struggles they faced in a society that does not accept them for being different. With more than 200 costume changes under flashing LED lights, this musical is a spectacle. The songs will also keep the audience dancing in their seats with 28 hits like “I Will Survive” and “It’s Raining Men”. Keep an eye out for Jo Kwon from male group 2AM, as he plays the role of Felicia, a self-centered yet lovable drag queen.

Aug. 22 and 23: Italian composer Giacomo Puccini’s work is brought to life in Seoul with the staging of “Tosca”. Tosca is a singer who becomes overly jealous toward her lover Cavaradossi, only to find out too late that she has been manipulated by the evil Scarpia. With love, violence and religion entwined, Tosca is possibly Puccini’s most startling and powerful work. Staged by Sol’Opera, a Korean company that has successfully staged major Italian operas such as “La Boheme” and “Madame Butterfly,” the opera is generating the anticipation it deserves. The show is for those 19 years of age and older. 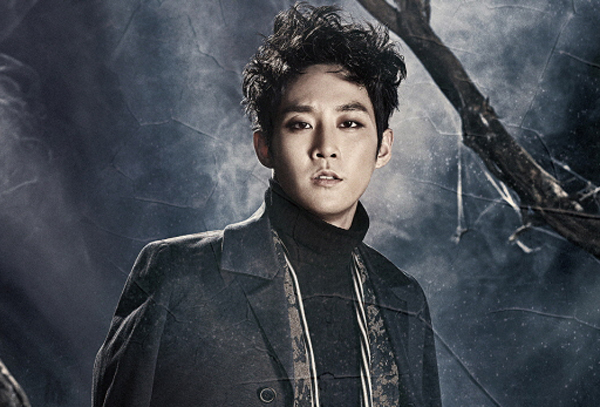 Aug. 22 to Nov. 2: If you thought musicals are all pink and cheery, think again.

This upcoming musical directed by Gina Lee delves into a Dorian Gray-esque theme of trading the soul to the devil. Set in 20th century New York, Wall Street broker John Faust makes a deal with devil X for financial success. The richer he gets, the greedier John becomes until his wife, Gretchen, senses something is wrong. A rock musical based on Goethe’s “Faust,” great musical actors like Han Ji-sang who previously starred in “A Tale of Two Cities” as Sydney Carton will fill the stage with tension and thrills. Try watching the show twice with a different cast, as each actor played the same characters differently according to their own interpretations and personalities.

Aug. 1 to 3: The nation’s biggest summer rock festival, now in its sixth edition, starts in August. After featuring high-profile bands from around the globe throughout the years, music fans wait for the next big star to impress in Incheon. The first lineup includes the Suicidal Tendencies, Urban Zakapa and Orange Range.

Aug. 8 to 10: Hyundai Card has put together a sizzling lineup for its upcoming Citybreak concert. Psy will perform an 80-minute solo show and American pop band Maroon 5 also will take the stage. Korean singers Lee Juck and Nell also are included in the lineup.

Aug. 15 to 16: Pop star Lady Gaga will headline “AIA Real Life,” the two-day festival hosted by one of the nation’s biggest entertainment companies, YG Entertainment. Big names from the agency such as Psy, Big Bang and 2NE1 will perform. The second day, when Lady Gaga will take the stage, will have Korean rock band Galaxy Express and quirky girl group Crayon Pop performing their hit tracks as well.

The concert starts at noon each day.