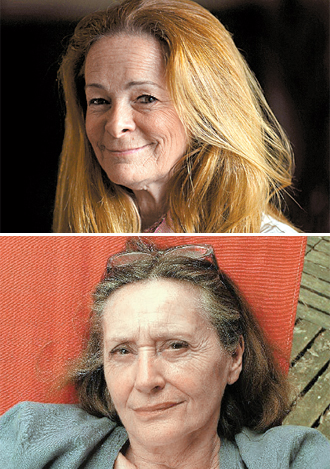 When asked to name two of the women who influenced her most, Jung Eun-jin picked two photojournalists. Top right is Paula Bronstein, who Jung met in Afghanistan in 2006 and in Indonesia in 2004. She admired Bronstein’s passion and power to take photos everyday. Bottom is Annie Boulat, who established the Pierre and Alexandra Boulat Award in 2008, named after her husband and daughter, to support young photographers. [JoongAng Ilbo]