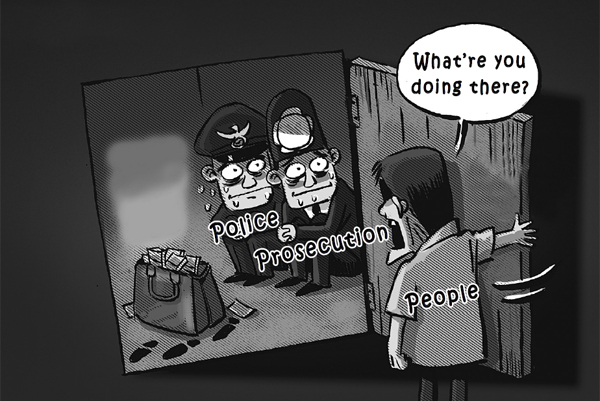 Yoo Byung-eun, the de facto owner of the Sewol ferry, was hiding in a closet on the second floor of his villa in Suncheon, South Jeolla, when the prosecution and police raided it on May 25 to arrest him, according to a witness, surnamed Shin, in her 30s who was with him at the time. Yoo left behind a suitcase with 800 million won ($781,250) cash and other dollar notes in it. The law enforcement authorities are possibly tempted to hide themselves for the botched operation.