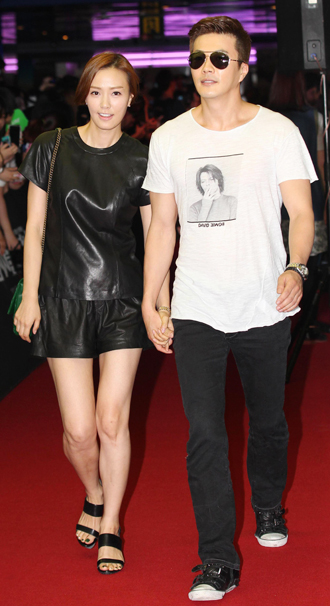 Actor Kwon Sang-woo and actress Son Tae-young are expecting their second child six years into their marriage, according to local media.

Son is now 11-weeks pregnant. Her due date is February next year. The couple, who wed in September 2008, already have one son, Rookie Kwon, born five years ago.

Kwon and Son have reportedly nicknamed the new baby “Heart,” which their son came up with, an acquaintance was quoted as saying by local media.

“They have a good relationship, and it looks like the new baby will receive lots of love,” the source added.

Son is currently focusing on taking good care of herself and the baby. She was originally scheduled to promote her upcoming film in China, tentatively titled “Love War,” though asked to take some time off.

The actress also just completed work on the drama “Into the Flames” on TV Chosun. Meanwhile, Kwon is filming the SBS drama “Seduction,” which started its run last week.