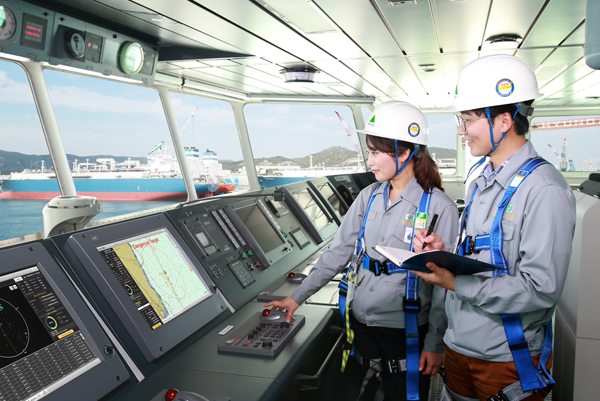 In the automobile industry, pre-collision systems have been installed in some new models to alert drivers and help them avoid accidents. A similar system will now be adopted in Korean-made vessels after the nation’s largest shipbuilder Hyundai Heavy Industries said yesterday that it has developed its own collision avoidance system.

The Hyundai Intelligent Collision Avoidance Support System (HiCASS) automatically detects vessels or outcropping of rocks up to 50 kilometers (31 miles) away and then suggests the optimal route for the ship to take. HHI is the first Korean shipbuilder to have such a system.

The company said that HiCASS takes into consideration the sailing characteristics of different vessels while adding in factors such as wave height and ocean current. It divides collision risk into three levels and alerts the officers on board.

The shipbuilder said that its system can be linked with other navigation systems like automatic radar plotting aid, an automatic identification system and an electronic chart system. Under the International Maritime Organization’s Convention on the International Regulations for Preventing Collisions at Sea (IMO Colregs), it analyzes dangerous things on the sea.

Although it has successfully tested the collision prevention system, HHI said that commercialization of HiCASS will not start until 2016 because the company wants to test it on longer trips.

“Our system will play a big role in the safe sailing of the vessels,” HHI said in a statement. “It will also contribute to the development of an integrated navigation system and a support system, which can make ‘smart ships’ a new growth engine in the local shipbuilding industry.”

In 2011, HHI became the world’s first shipbuilder to introduce a “smart ship,” a vessel that can be monitored and controlled remotely from land through satellites. The company is working to release an upgraded version of its smart ship by next year.